As Tom Chapman notes, McDonald’s was not happy with Batman Returns after the film came out.

The uncompromisingly dark tone of Burton’s sequel seems a million miles away from the primary-colored glare of McDonald’s’ red and yellow. Before Batman Returns was even finished, Burton was already arguing with censors over the film, cutting scenes and violence to reach a more acceptable PG-13 rating than the proposed R-rating. McDonald’s only had a rough-cut of the film to go on, and their faith was misjudged when they signed a deal to promote the “family friendly” film. In the run-up to July 1992, every part of McDonald’s food came plastered with the cowled visage of Batman.

Ironically, seeing Michelle Pfeiffer shoved out of a skyscraper, Christopher Walken get electrocuted to death, or Danny DeVito bite the tip off someone’s nose didn’t exactly build up the hunger in the kids of the ’90s.

“I think I upset McDonald’s. [They asked] ‘What’s that black stuff coming out of the Penguin’s mouth. We can’t sell Happy Meals with that!’”

That is odd on a number of levels. First, Batman Returns is by far the best Batman film other than maybe The Dark Knight (Heath Ledger’s performance in that movie is better than anything in Batman Returns, but other than that, TDK is a mess of a movie).

Second, given the pop culture landscape in 2021, it is odd that the scenes mentioned in the excerpt from Chapman were considered too far over the line for 1992.

I still maintain Danny Devito’s The Penguin in Batman Returns is a scarier villain than Heath Ledger’s Joker. This action figure does a nice job of capturing the creepy/disgusting vibe that Devito pulled off in that film. 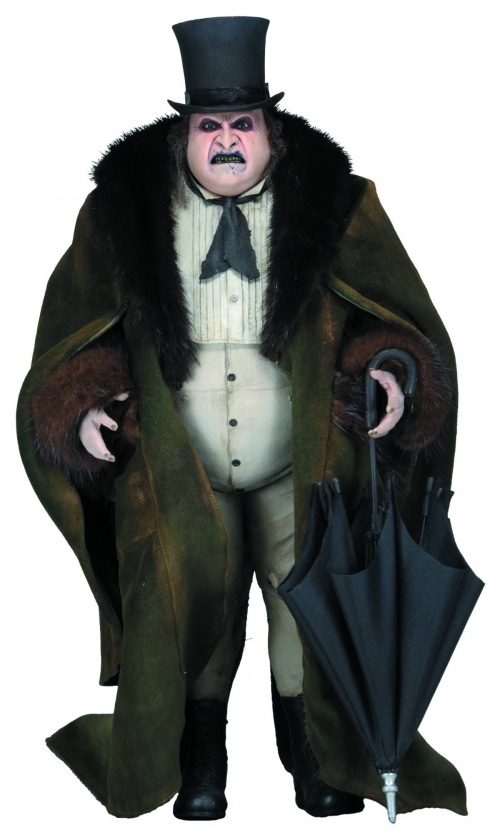 Hot Toys has an entire line of 1/6 scale Batman movie collectibles. This one of Michael Keaton in Batman Returns is the best IMO. The movies were goofier, but Keaton was such a better Batman than Christian Bale ever could dream of being.

There’s also a two-figure set featuring Batman and the Bruce Wayne figure. These figures are very expensive, but the detail that goes into them certainly justifies the cost. 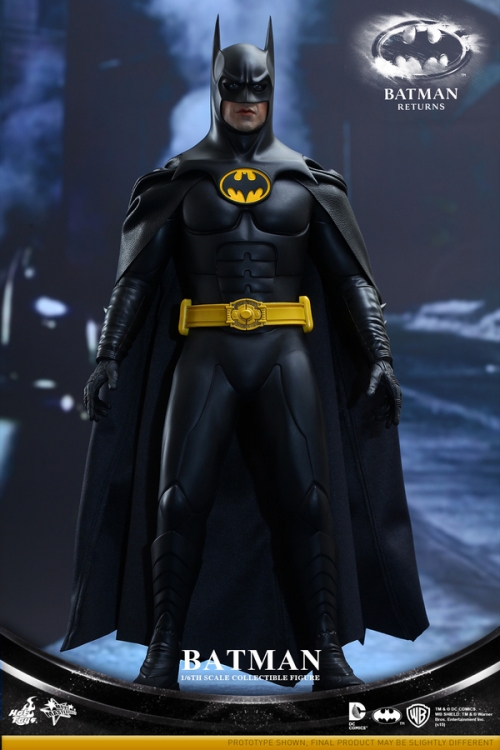 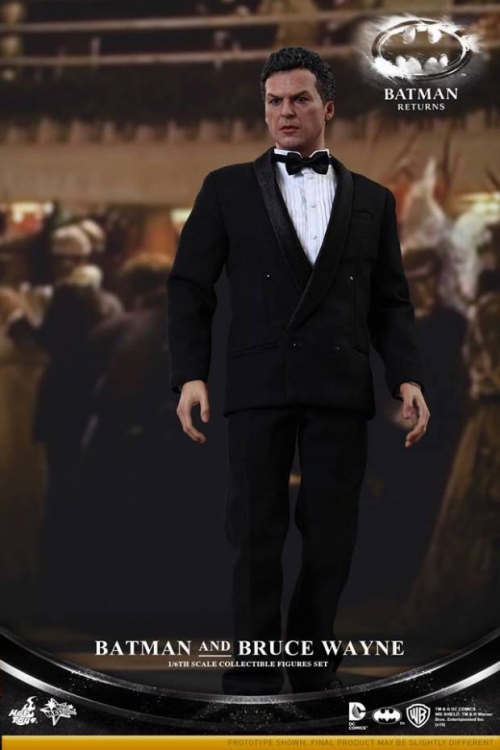