The flipbook is amazing, but so is the choice to do what is essentially a timelapse of the creation of a flipbook. Brilliant all around.

Guard your luggage with the power of DC [and Marvel] heroes! This TSA approved combination lock is convenient . . . and allows airport screeners to unlock, inspect, and re-lock bags, without damaging the lock for hassle-free travel.

Yes, make it even easier for the TSA to steal all the things!

Nice statue based on Thor: Ragnarok. 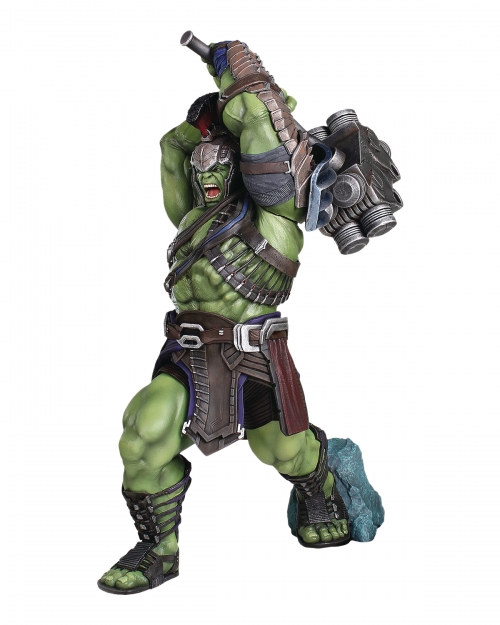 I haven’t been able to find a link to it online, but November issue of Previews — the enormous catalog that Diamond Distributors sends for orders to comic book stores — features Marvel comics-branded “fragrances.” At $14.95 a bottle, there will apparently be a Storm, X-Men and a Wolverine fragrances.

Lisa FTW! She digs up a link to the X-Men fragrance, as well as a Hulk and Spider-Man fragrance,