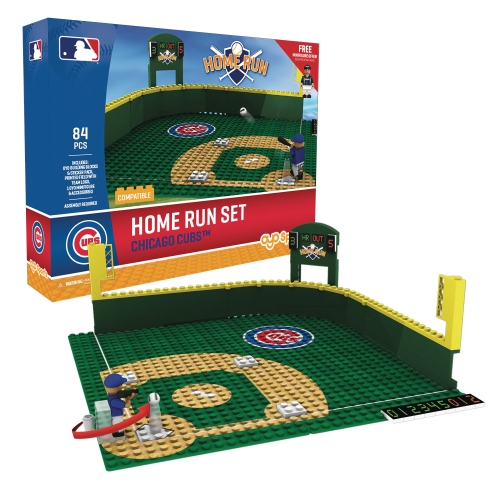 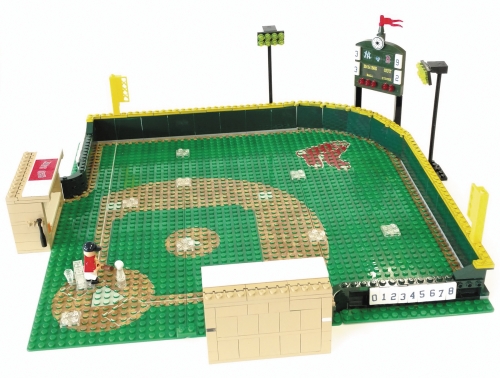 The Associated Press was one of a number of outlets that reported on a lawsuit over who, if anyone, owns Major League Baseball statistics.

CBC Distribution and Marketing filed a lawsuit against MLB over the league’s requirement that companies offering fantasy baseball games pay to license game statistics from MLB. According to the AP, CBC has run an online fantasy baseball service since 1992 and had been licensing game statistics from the MPB Player’s Association. But last year the Player’s Association reach an agreement that gave MLB the sole right to license statistics.

Rather than continue the licensing agreement the CBC had with the Player’s Association or negotiate for a better deal, the MLB told CBC it simply could not use game statistics, period.

In the latest 1990s there was a similar lawsuit involving the National Basketball Association and Motorola over NBA game statistics. The NBA sued Motorola arguing that Motorola’s broadcast of up-to-the minute NBA scores violated the NBA’s intellectual property.

In 1997, the 2nd Circuit Court ruled in favor of Motorola, arguing that sporting contests are not “original works of authorship” and that Motorola’s use of statistics did not violate criteria set out under a Supreme Court decision that gives limited coverage of “hot news” — i.e. time sensitive news where organizations might be harmed if others are allowed to free ride on their scoop.

This case is a little different since CBC is profiting more directly off of the image of the MLB, its teams and its players. On the other hand, whereas Motorola was providing NBA game statistics while games were still in-progress, CBC doesn’t use the statistics until after a game is finished.

If MLB still has a proprietary interest in statistics after a game is over, does that mean it could require newspapers to license such statistics before printing a box score or league standings? Could it shut down web-based fan efforts to compile copies of fan-created score sheets for every MLB game?

Hopefully the courts will agree with CBC or the result will be a de facto database protection law of the type that has crippled the database market in the UK and Europe.

If you’re like me and think baseball sucks but baseball stats rock, then O’Reilly’s upcoming Baseball Hacks might be just the thing for you. According to the PR blurb at O’Reilly,

This comprehensive guide walks readers through the sport’s core statistical categories, and then demonstrates how to use this data to truly understand baseball. Statistical analysis, data mining, probability, forecasting, and other valuable tools are examined.

Heh — he said data mining. Seriously. You know you want to learn how to compare teams and players with lattices (PDF).

This is supposed to be released in February.

Sports commentators are whining today about the Yankee’s signing of A-Rod that will likely put their payroll this season at > $200 million. Oh, it’s horrible for the game — the rest of those poor teams just can’t compete.

But wait a second — didn’t a team that had an opening day payroll of < $50 million win the 2003 World Series by handily defeating the dreaded Yankees?

Maybe other teams can’t compete with the Yankees sky-high payroll, but they can compete by outsmarting George Steinbrenner’s brute force approach to baseball domination.

It’s just unbelievable that Bud Selig cancelled the All Star Game in the 11th inning last night. The 1987 All Star Game went to 13 innings. Surely these steroid-juiced 2002 players could go an extra couple innings.

Fans in Milwaukee threw garbage on the field and chanted “Let them play,” as if it were “The Bad News Bears in Breaking Training” instead of the All-Star Game. That was fitting, too. After all, the managers treated the game as if it were a Little League game, making sure everyone got into the game so as not to hurt anyone’s feelings.

And it was also fitting that no one listened or cared what the fans think. Hey, we have planes to catch, people.

For a night when baseball honored Ted Williams (interesting how time will transform you from a mean SOB into a revered icon — there’s hope for Barry Bonds), MLB doesn’t seem to understand Williams ethos at all,

You know why the 1941 game Ted Williams won with his homer is so treasured? Because winning was paramount. Not only did Ted play the entire game, so did Joe DiMaggio. Each team used just four pitchers each. You know why we cared so much about the 1970 game that ended in 12 innings? Because Pete Rose cared so much. Because after replacing Hank Aaron midway through the game, he stayed around long enough to crash into Ray Fosse instead of showering and leaving after one at-bat.

It doesn’t work that way anymore. That’s why interest in the game keeps declining. That’s why Tuesday’s catastrophe took place. The disaster hit Tuesday, but this has been building for a long time. People will say this was the last thing baseball needed, but this ending was what the All-Star Game needed most.

What if they hold a strike and nobody cares?

The New York Post reported in March that Anaheim Angels pitcher Kevin Appier is one of many farmers who receives a federal subsidy for his 270-acre Kansas farm.

Since 1996, Appier has received $4,042 in price supports and other assistance for soybeans, corn and sorghum he’s grown. Appier is in the middle of a 4-year, $42 million contract with the Angels.

In an interview with the Associated Press, Appier recently told a reporter that he didn’t grow up on a farm but always wanted to own one because, “I just always thought it would be neat.”

What would be really neat, Kevin, would be if you’d use your $7 million average annual salary to pay for your farm rather than taking handouts from the rest of us.