DVD Flick is a free, open source program that can take a variety of video files — AVI, MPG, MOV, MP4, FLV, etc. — and compile them onto a DVD that can be played back on any standard DVD player.

MSNBC reports on a fascinating study that, as the headline writer puts it, confirms that “meetings make us dumber.”

The study showed participants a soft drink brand and asked them to brainstorm for alternative brands. What they found was the that people asked to perform the task by themselves performed significantly better than people who were put into groups of three to tackle the task.

â€œWhen a group gets together, they can miss out on good options,â€ study team member H. Shanker Krishnan told LiveScience. This could mean ordering from a pizza place advertised on television even if thereâ€™s a better option, or making a poor decision in the boardroom. â€œWhether itâ€™s with family or a group of co-workers, we could very quickly fixate on things and all come up with the same options.â€

The researchers speculate that when a group of people receives information, the inclination is to discuss it. The more times one option is said aloud, the harder it is for individuals to recall other options, explained Krishnan, associate professor of marketing at Indiana University.

Google implemented some nice features this month for those of us who run websites to help get a better handle on who and how many people are following along with our sites.

In early February, in greatly expanded the ability to track external links to a web site you control. It is possible in Google already to get a list of pages that link to a particular page, but for some reason Google is actually only presenting a small subset of that information to the public.

Once you have verified your site with Google (which involves adding a meta tag), Google will now let you view and download a more comprehensive list of external links to any site you control. From my cursory look at the external links reported by Google to this site, there are still a lot of external links that Google either doesn’t know about or aren’t being included in this more comprehensive report, but it is still much better than what you get from using the link operator in the search engine.

Barry McWilliams has posted a short, but helpful guide to effective storytelling for beginners, with links to other articles about the art of storytelling.

The Democracy Player folks recently released Version 0.9.5 of their wonderful application for downloading and watching Internet video. This is a very slick app, but if you’re like me you’ll need yet another hard drive to hold the increasing number of very well done video feeds.

I must have this Jinx.Com t-shirt, 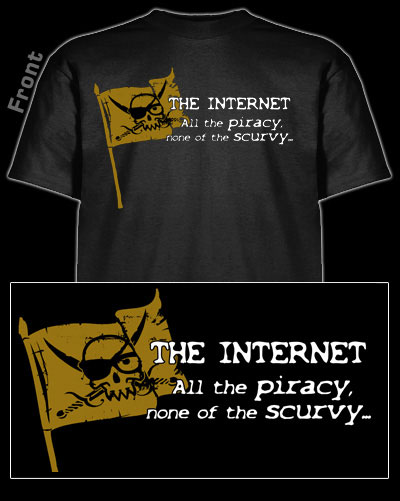