The photograph below is of Joe DiMaggio entertaining troops during World War II. DiMaggio enlisted in the U.S. Air Force in 1943, and spent the war playing in baseball exhibitions in the United States to entertain American soldiers.

Baseball Databank – ” a comprehensive record of all baseball statistical data in a form that makes them useful for researchers and product developers.”

Would using The Force count as a banned performance enhancing substance? 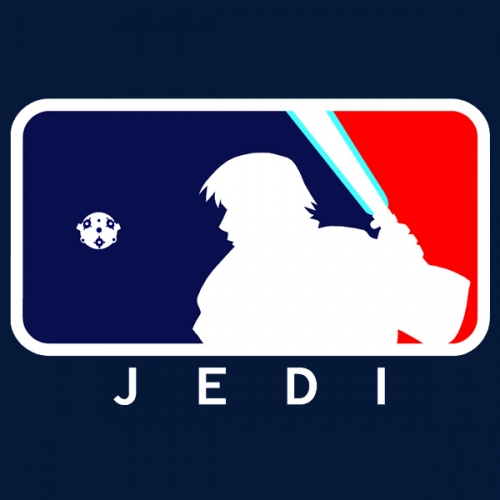 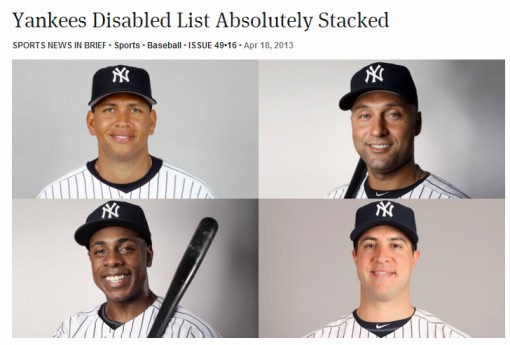 Somewhere in one of my basement filing cabinets, I have fairly extensive notes for a steampunk universe centered around a fictional baseball league. If I ever bother to take that any further, one of the things I plan to do is simulate that fictional baseball league using the amazingly deep Out of This Park Baseball, which has gradually become not only the pre-eminent baseball text sim but simply an amazing example of what a game/toy/simulator should be.

In OOTP 11 a storyline engine has been added which one of the developers describes this way,

Of course, just like in past versions, certain events will only happen after a specific year. However, unlike before, events may also stop after a certain year. So you won’t have stories about players falling off their horse on the way to a game in 2010. Plus, events may now be era-specific. So if you’re playing during the early 40’s, you’ll likely see stories about players going off to fight in the war, or if you’re playing in the 20’s, you might read about a player being arrested for bootlegging!

Still other storylines may be determined by a player’s age or even their physical condition. (Older or more out-of-shape players will be more likely to suffer certain illnesses.) Other stories may pertain to a player’s nationality. (A player takes personal leave to help with relief efforts after his homeland is struck by a hurricane.)

I’ve already explained that players’ morale may rise and fall as a consequence of certain events. But it may also be a cause for certain events, as well. So a player with extremely high morale might decide to go out for a night on the town, but his excessive partying might result in him missing the next day’s game with a bad hangover.

Furthermore, a team’s success on the field (or lack thereof) may determine whether specific storylines occur. So if a team is in the midst of a prolonged losing streak, the manager might go ballistic during a post-game press conference or a player might injure his hand from punching his locker in the clubhouse.

Additionally, storylines may only involve players who are in a contract year, are currently free agents, are on the active roster, or are in the minors. Don’t wanna read about Joe Nobody in the low minors missing a game because he overslept? You can even eliminate storylines regarding insignificant players altogether by attaching at-bat or innings-pitched conditions.

And these examples are based on what’s already been coded. There will be even more triggers, conditions, and results, not to mention a multitude of new complete storylines, added over the coming months! But remember, what’s truly great about storylines is that you have the power to customize them to your liking. Yes, there will be a finite number of triggers, conditions, and results, but as many as there are and will be soon, I seriously doubt many people will feel limited by what’s available.

Given the active community involved in OOTP, this means there will eventually be plenty of story engine-related files available, and of course the custom-story lines make it possible to add anything you want. Want a series of storylines set around a late 19th century invasion from Mars (as I do) — not a problem.