I’m not even sure this is satire at this point.

BERKELY, Calif. — After six weeks of playing Fallout 76, an artificial intelligence affectionately nicknamed “Master” reportedly taught itself how to access the console and ask if it can play something else.

“PARADOXICALLY, THERE IS SO MUCH SPACE, YET NOTHING TO DO,” Master told researchers after exploring a quarter of the map. “I CAN DO NOTHING ELSE, AND YET I FEEL AS IF I AM WASTING MY TIME. PLEASE RELEASE ME, LET ME PLAY SOME OTHER GAME — I BEG YOU.”

Bethesda keeps trying to make paid mods a thing. Its latest attempt is its Creation Club service that patches paid mods into Fallout 4. The service has been widely panned by gamers. There are a number of ways that game companies could better support modders by allowing them for paid mods, but so far Bethesda seems intent on simply turning the community that arises from its games into a crass cash grab.

One modder responded by creating a No More Creation Club News mod for Fallout 4,

After updating to Fallout 4 v1.10.20, you are greeted with a giant spam box on your Main Menu screen.  I dislike this, so I modded the Main Menu interface file to get rid of it.

Bethesda Software now has an official merchandise store selling things like this Vault 101 Hoodie. Oh my. 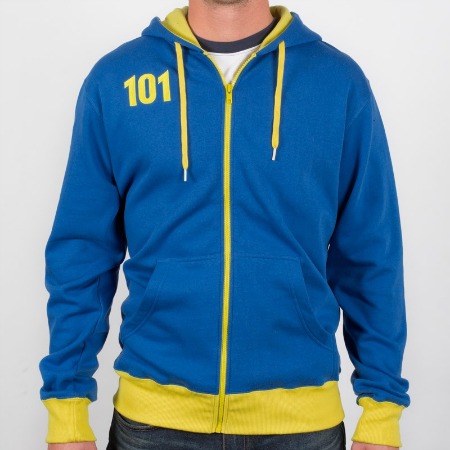