The Xbox One Sign Out troll pretty much nails everything wrong with voice control in the way that Microsoft has implemented it with its Xbox Kinect. The troll sets his Xbox username to “Xbox Sign Out”, then tricks people into saying his name which will then bring up the Xbox Sign Out screen for that user.

The Kinect on the Xbox 360 has this problem in spades. If I’m watching Netflix and my daughter says something like “I hope they stop him him in time,” the idiot Kinect complies by stopping the video.

In fact, there’s a whole host of words that you can’t say around the Xbox, including words that might sound like a control word. We’ve managed to inadvertently interrupt our Netflix viewing by saying pop, pencil, claws, and similar words that sound close enough to stop, cancel and pause to the Kinect.

Microsoft is warning people about a hoax that promises people free Xbox Live points if they call up Microsoft and wish the company a happy birthday—the company was founded on April 4, 1975.

Of course there’s a much more common hoax involving Xbox Live. In this hoax, unscrupulous retailers in cahoots with a company with a history of legal problems attempts to sell Xbox owners a completely useless service, claiming it will enhance their Xbox experience.

Typically, the scammers call this service Xbox Live Gold. Often it will come sold even in supermarkets (presumably unaware that Xbox Live Gold’s services are a hoax) on scratch-off cards that look like this. 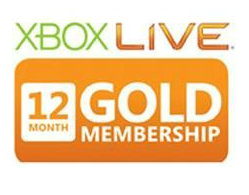 It is a shame that Microsoft doesn’t do more to alert consumers that Xbox Live Gold is just another ripoff too. 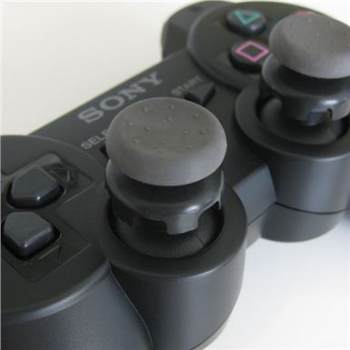 KontrolFreek makes a variety of accessories for XBOX 360 and Playstation 3 controllers designed to make them work better with different kinds of games.

For example, the FPS Freek lengthens the thumbsticks,

By increasing the length of the thumbsticks slightly, precision while aiming is improved dramatically.  Your range of motion is increased by 40%, giving you the opportunity to make smaller adjustments and “snap” to targets much faster in first-person shooters.  This affords you the luxury of turning up sensitivities to get the closest feel to a mouse possible on a console without an internal controller mod or cheat.

Whether you love them, can’t stand them, or could care less, achievement systems within games are clearly here to stay. Personally, I’m a big fan of achievements, both to track my progress in a game  in general as well as in relation to other people  as well as to give an excuse to do goofy things that I might not otherwise think to try out. And, of course, they’re yet another form of the constant reward/reinforcement  system that most good video games have really nailed down (usually complete with visual effect and even music to further reinforce the reward).

But as one young woman profiled by Kotaku demonstrates, once you start adding achievements with assigned points to games, some people will start playing the achievements themselves as a sort of meta-game. The games themselves are simply something to grind through on the way to an achievement score. In the case of the Kotaku profile, Kristen has amassed an XBOX gamerscore of 165,000 and is grinding her way to 200,000, frequently playing games she could care less about except for the achievement points she can gain from them.

Quite a few people in the comments don’t see the point of playing the achievement system as a game, but that seems just as legitimate a way to approach video games as any other.

I realized the other day that I’d finally quite playing World of Warcraft (though I still haven’t canceled my subscription). Oddly, it wasn’t that I woke up one day and suddenly said “no more WoW” but rather that I just gradually stopped finding reasons to log in and just sort of stopped while I carried on with other things in my life.

Part of the reason is the Xbox. On the one hand, I have never found playing games on a console nearly as captivating or engaging as games on the PC. With PC games, you feel like you’re playing the game; on the Xbox it often feels like the games are playing you, since they tend to be far more linear and have fewer options.

But that’s not a bad thing in that it is a lot easier to hop on the Xbox and play for an hour or two, and then actually stop and go back to what I was doing. I could rarely do that with a good PC game.

The second thing that’s nice about the Xbox is precisely that it isn’t my PC. So laptop=writing/web browsing/productivity. Xbox=blowing off steam for an hour. And ne’er the twain shall meet.

Still, I can’t bring myself to actually cancel my WoW account — feels a bit like permanently putting my toon out to pasture. Maybe in a few more months I can reach some sort of closure there.