I wonder if we’ll ever see a Chloe Sullivan figure, maybe with a Crazy Cult Chloe variant.

It’s amazing how much replica stuff there is out there for Smallville, and most of it is fairly reasonably priced. Like this replica of Kara’s Kryptonian Bracelet, for example, which will be out later this year and can be had for $35-$40. 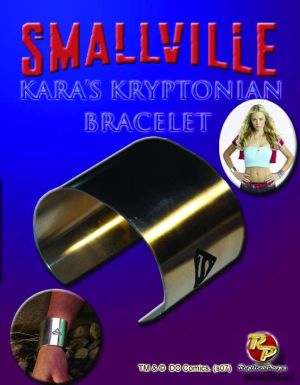