The Invaders was a 1960s US television show about a man who (unsuccessfully) tries to warn people about an ongoing alien invasion.

In 1968, Aurora Models released a 1/72 scale kit of the UFO featured in the series. That kit was re-released several times, both by Aurora and later Tsukuda and Monogram.

Gorgeous 1/1000 scale model of the Apollo Norm battleship from Yamato 2202.

Fascinations makes these awesome Metal Earth 3D model kits, including ones like this Iron Man model that is printed in color (most of their models, however, are monochrome steel).

Each model consists of one or more laser cut sheets of steel. Pop out the individual pieces from the sheet, bend the tabs using pliers, and then assemble. 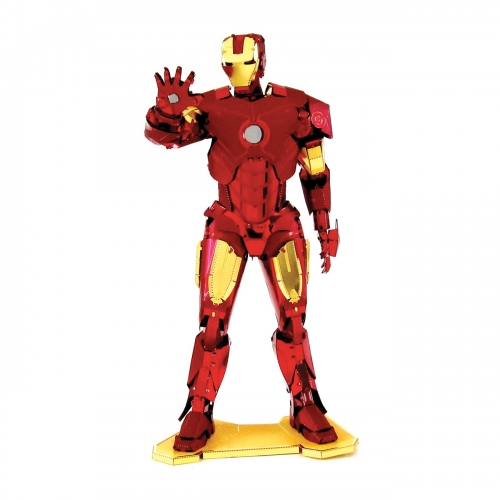