Sometime in the late 1970s, I discovered Michael Fleisher’s amazing Encyclopedia of Comic Book Heroes: Batman. Fleisher’s conceit was that he took access to DC’s archives and created an encyclopedia about Batmans’ friends, foes, and adventures. It was like nothing my 8 or 9-year-old self had ever read, and I spent weeks pouring over my local library’s copy.

Fleisher promised a series of similar volumes dedicated to DC’s many heroes, but only Batman, Superman, and Wonder Woman volumes were ever released.

Fortunately, a blogger who goes by Diabolu Frank has stepped in to partly answer that call with The Original Encyclopedia of Comic Book Heroes, Volume Seven: Martian Manhunter. Replete with dozens of entries Fleisher-style and an excellent cover, this is incredibly cool.

Star Ace Toys makes these 1/8 scale action figures of Supergirl and Martian Manhunter based on their depiction in the CW’s Supergirl television show. 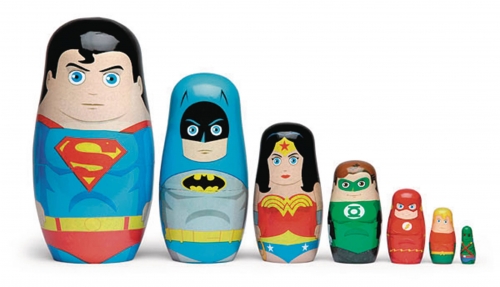