Warcraft Characters is an iPhone/iPod Touch application that lets you access the WoW Armory on your portable device. 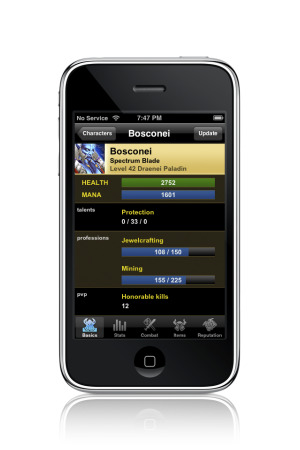 Heh — Steve Jackson Games has a free version of its long running Fnorder application for the iPhone/iPod Touch, 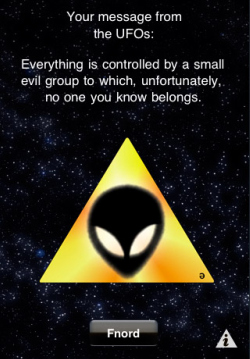 Mashable has an interesting post about Apple rejecting a game for its iPhone App Store because the game involves throwing shoes at a caricatured image of former President George W. Bush. Mashable quotes the developer as describing the game this way,

1. You hold the IPhone like a shoe,
2. Press on Start button
3. System, starts saying 3, 2, 1 and Go
4. You, swing your arm ( as you are throwing ) without throwing.
5. Application will figure out how hard did you throw the shoe at him and it may or may miss the cartoon.
6. It shoes the total number of shoes that have been hit at the cartoon.
7. We started with Bush, but next in line were Bin-Laden and other figures as well ( apparent from the splash screen).

But, of course, Apple controls what applications users can run on the iPod Touch/iPhones they own, so it refuses to allow users to purchase this application. The AppStore’s TOS includes ridiculous language that,

Applications must not contain any obscene, pornographic, offensive or defamatory content or materials of any kind (text, graphics, images, photographs, etc.), or other content or materials that in Apple’s reasonable judgement may be found objectionable by iPhone or iPod touch users.

Well, of course — why would you ever let users decide what kind of applications they want to buy and run, when Uncle Steve and his cronies are more than capable of making that decision for you.

I really try to avoid buying apps for my iPod Touch, but the Diceonomicon dice roller is clearly something I cannot live without. Select the mix of dice you want to roll and then just give the iPod a shake to start rolling.

Mashable has an interesting look at Drug Lords, a variant of the various Drug Wars games that have been around for a long time.

In the Drug Wars genre (which goes back to a 1984 DOS game), you play a drug dealer who visits various locales and buys and sells drugs, trying to load up on cheap drugs in cities with low demand and then turn around and sell them in cities with high demand. Additionally, you need to buy weapons, pay bribes to police, etc.

Drug Lords for the iPhone takes that concept and turns it up a notch by having the player competing against other players in the area — something they’re calling a Location Based Massively Multiplayer Online Game.

Sounds like fun (well, at least until Apple decides to deep-six it from the Apple Store after the inevitable bad publicity.)

. . . is, of course, this polyhedral dice roller that the bloggers at Infinite Lives discovered. 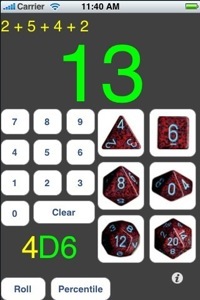