Even as it stands, the Home Guard could only exist in a country where men feel themselves free. The totalitarian states can do great things, but there is one thing they cannot do: they cannot give the factory-worker a rifle and tell him to take it home and keep it in his bedroom. THAT RIFLE HANGING ON THE WALL OF THE WORKING-CLASS FLAT OR LABOURER’S COTTAGE, IS THE SYMBOL OF DEMOCRACY. IT IS OUR JOB TO SEE THAT IT STAYS THERE.

A sample of older Remington ads. Kind of like smoking, my kids don’t believe me when I tell them how ubiquitous and common stuff like this used to be. 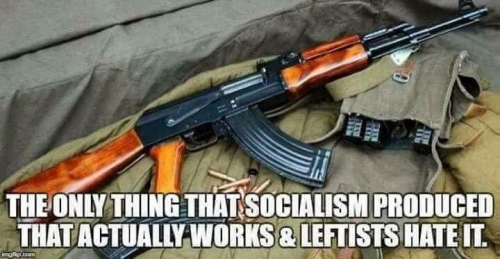 The Taurus Curve is a semi-automatic pistol that applies modern design concepts and principles to firearms. This is an extremely compact .380 at 3.7″ x 5.2″ x 1.2″.

Introducing the Taurus Curve®, the world’s first and only curved firearm. Engineered to fit the unique contours of your body with no visible printing, the Curve is easily one of the most groundbreaking firearms ever conceived. An extreme departure from your typical compact 380, you’ll find the Curve takes form and function to an entirely unprecedented level.

A Guns and Ammo review gave it high marks for being a “compact, easy-to-carry” pistol.

Each year the Bureau of Alcohol, Tobacco, Firearms and Explosives issues a report on gun commerce in the United States. This includes statistical information on the number of guns manufactured, imported, export, tax revenue raised, transfers, etc. I’ve mirrored the reports from 2011 through 2017 below because I don’t want to have to run down this information later.