There is a myth about the Sandy Hook Elementary shootings that was started by gun rights activists but has become so pervasive that even some gun control activists have started repeating it.

The myth is that Adam Lanza murdered 20 children and 6 adults at Sandy Hook using nothing more than two handguns — a Glock 10 and a Sig-Sauer P226.

That is not true.

Every person that Lanza murdered at Sandy Hook Elementary was killed with a Bushmaster XM15-E2S .223 caliber rifle. The only person Lanza killed with a handgun during his shooting spree was himself. He ended his own life with a single shot from a  Glock 10.

Lanza’s mother — the first victim of his rampage — was killed with a .22 calibre bolt-action rifle that Lanza left on the floor next to her bed after murdering her.

Connecticut police have attempted to correct the record on this point, but the myth still persists,

In previous press conferences, the Connecticut State Police clearly identified all of the weapons
seized from the crime scene at Sandy Hook Elementary School.

To eliminate any confusion or misinformation, we will again describe and identify the weapons seized
at the school crime scene.

Seized inside the school:

The shooter used the Bushmaster .223 to murder 20 children and six adults inside the school; he used a handgun to take his own life inside the school. No other weapons were used in this crime. This case remains under investigation. 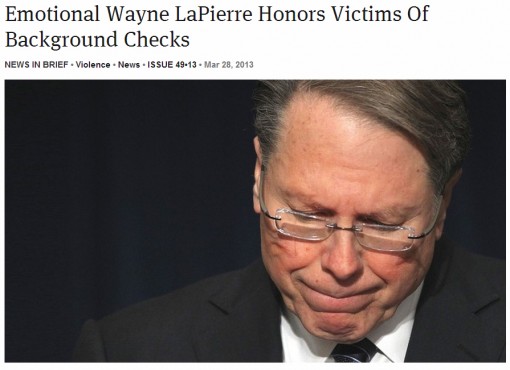