I ran across Tim O’Neill’s History for Atheists site one day by chance while looking for a succinct analysis of the oft-repeated and inaccurate claim made by some atheists that Easter is a pagan tradition, derived from the Anglo-Saxon goddess Eostre.

O’Neill had written an essay about this myth, Easter, Ishtar, Eostre and Eggs. O’Neill did an excellent job of debunking this claim, but what I really appreciate was how he traced back the origins of this myth, ironically to a 19th century anti-Catholic minister.

Alexander Hislop (1807-1865) was a minister in the Free Church of Scotland and parish schoolmaster in Caithness. He was a vehement critic of anything to do with Catholicism and became convinced that while good Protestants like him followed the true faith of Jesus Christ, the Catholic Church was actually the ancient Babylonian mystery cult of Nimrod, an obscure pagan figure mentioned a few times in the Old Testament. According to Hislop, Satan allowed the Emperor Constantine (him again) to hijack the true Christian faith and lead it into idol-worship and Papist errors and that it was only by recognising this and throwing off any pre-Reformation vestiges that people could return to true Christianity.

Hislop seems to be the ultimate point of origin for the claims that Ishtar and Eostre were the original source of Easter, thanks to the wickedness of Catholics and, of course, Satan. He devotes a whole section [of his book The Two Babylons] to the pagan origins of Easter in his chapter on the wicked Satanic festivals of the Catholic Church . . .

As O’Neill mentions earlier in that post, too many atheist online will “pontificate about evidence reason, scholarship and fact-checking, but then merrily post any old crap if it has a suitably anti-Christian slant.”

History for Atheists is a nice antidote for that sort of credulous antitheism. 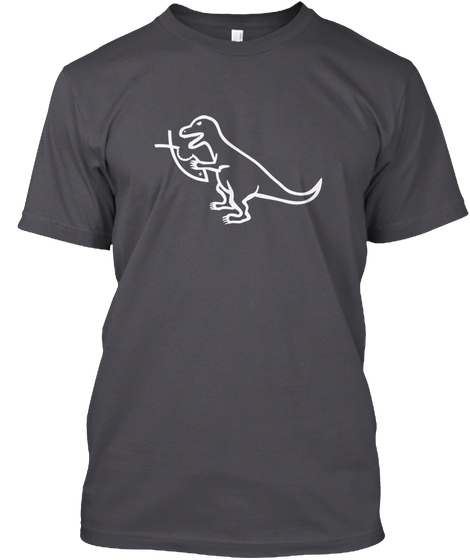 Sociologist Paul McClure published a study (SciHub link) in a recent issue of the Journal for the Scientific Study of Religion investigating whether or not technological changes are undermining traditional religious belief. According to the paper’s abstract,

Internet technology presents a new conceptual reality, one that could potentially challenge religion in subtle but distinct ways. Few sociologists of religion, however, have attempted to evaluate whether using the Internet impacts the way people think about and practice religion. This article elaborates on the concept of “tinkering” discussed by Berger, Berger, and Kellner (1974), Turkle (1997), and Wuthnow (2010) to argue that Internet use affects how people think about and affiliate with religious traditions. Using data from Wave III of the Baylor Religion Survey (2010), I find that Internet use is associated with increases in being religiously unaffiliated and decreases in religious exclusivism. At the same time, I find that television viewing is linked to decreases in religious attendance and other time-related religious activities, but these outcomes are not impacted by Internet use. To explain these disparate findings, I argue that the Internet is fundamentally different from previous technologies like television and thus impacts religious beliefs and belonging but not time-related religious activities.

McClure’s analysis (albeit on data collected in 2010) is mixed, suggesting that Internet usage is associated with a decreased likelihood of religious affiliation, but not a decrease in participation in religious activities.

To summarize, I have empirically tested several hypotheses concerning the effects of Internet use on our religious beliefs, b ehavior, and belonging. I have grounded these hypotheses in
scholarly literature that examines religious and technological changes. The researchers whose work guides these hypotheses, though, do not explicitly make these connections. For example,
Smith and Snell (2009) and Wuthnow (2010) extensively discuss the changing religious landscape for Millenials, but they fail to mention technology as a likely source for the change we see from one generation to the next. Likewise, Song (2009) and Turkle (1997, 2011a, 2011b) focus on Internet technology, but their concern is more with its effects on social capital or changing conceptions of self rather than religion. What links all of these scholars, however, is their use of the concept of tinkering, an attitude that they think represents large and increasing portions of the American population. Thus, the foregoing analysis synthesizes these literatures and empirically
tests the following hypotheses:

H1: Internet use decreases the likelihood of being religiously affiliated. (supported)

H2: Internet use decreases the likelihood of participating in religious activities. (unsupported)

H3a: Internet use decreases the likelihood of being religiously exclusive. (supported)

H3b: Internet use increases the likelihood of being religiously exclusive. (unsupported)

Why might Internet use affect beliefs and affiliation patterns but not participation in religious activities? As a pluralizing force, the Internet creates a new space through which individuals must navigate competing truth claims and ideas about what is ultimately important. Because of the overwhelming variety of worldviews, beliefs, and religious ideas that are part and parcel of one’s online experience, the Internet encourages tinkering with an assortment of spiritual options, and rejecting the exclusive truth claims of any one particular religious tradition becomes more likely.

While these outcomes may appear uneven, we should not expect the Internet to affect all aspects of religion uniformly. Rather, as my results show, Internet use lowers the likelihood of exclusive commitments to any one religious institution and in doing so opens the door to spiritual tinkering. Internet use does not, however, prevent individuals from regularly attending religious services or participating with religious communities in other ways, perhaps because one can engage in such activities without full ideological commitment. Further, rather than displacing religious activities, Internet use may fill in the gaps between previously scheduled events. In sum, being online increases the likelihood of being religiously unaffiliated, and regardless of one’s affiliation, Internet use also reduces the likelihood of maintaining an exclusivist posture toward one’s own religious tradition

It would be interesting to see this research repeated with data collected in 2017. Obviously the Internet was fairly widely distributed in 2010, but today its usage is nearly ubiquitous with the widespread usage of smart phones and other devices (the iPhone hadn’t even been on the market for three years when this dataset was collected).