There are so many different DC retro figures these days, even I’m having trouble keeping track of them. This line from Figures Toy Co. features “first appearances” versions of Batman, Robin and Batgirl.

The Batman figure is especially odd since the artwork on the card bears little resemblance to the first appearance version of Batman.

Only the Robin figure actually seems to be an attempt at a genuine “first appearance” figure, and that head sculpt is just hideous. I’m not sure what facial expression Robin is supposed to be making there– it looks more like he’s having a bowel movement as opposed to smiling. 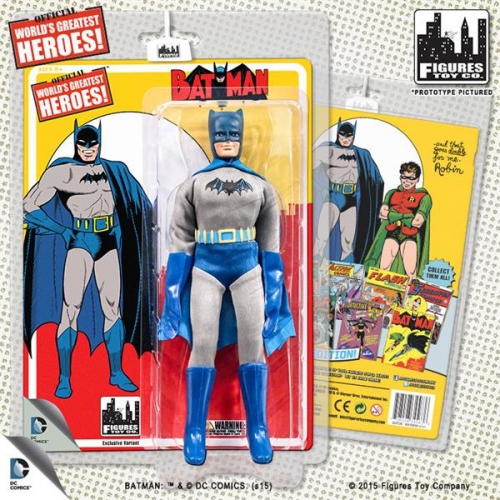 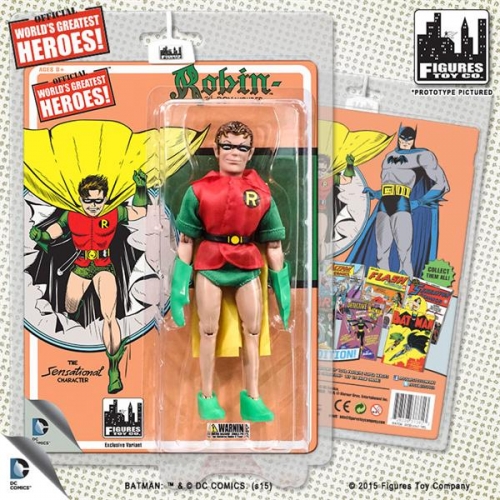 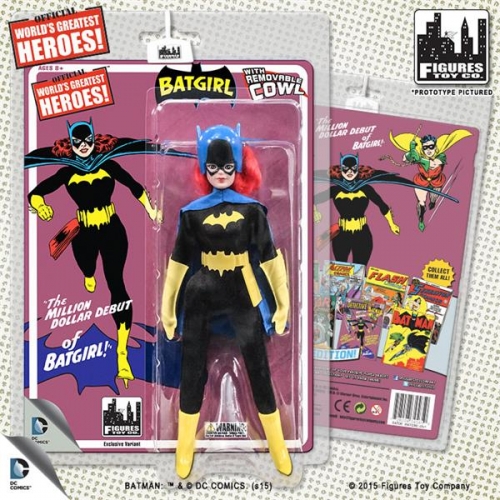