Bif Bang Pow will be releasing these awesome Twilight Zone 3 3/4″ action figures in August 2014. These are pretty reasonably priced at $9.99 each. No way am I passing on the Henry Bemis toy. 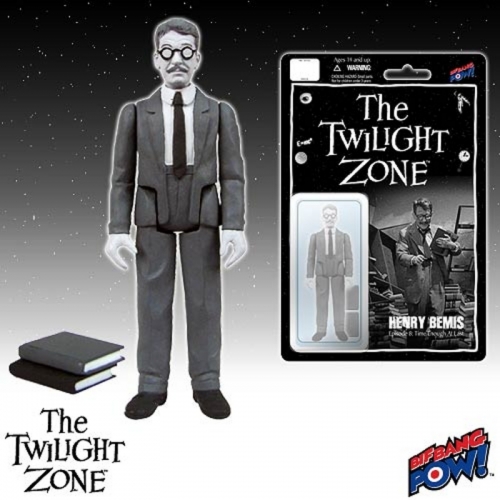 END_OF_DOCUMENT_TOKEN_TO_BE_REPLACED

In 1976, CBS aired a biopic of Stanley Milgram starring William Shatner called The Tenth Level. Milgram, of course, conducted a series of now-famous experiments in which he tested how willing ordinary people were to administer what they thought were painful shocks to research subjects. He found that a very high percentage of people were willing to administer shocks right up and past the point where the shocks would cause serious injury.

The combination of some of the most notorious experiments in the history of psychology, Big Bill Shatner, cheap production and hammy acting make for a heady mix, although it doesn’t particularly overdo the psychology.

One thing I’d strongly recommend is actually reading the book Milgram wrote about the series of experiments, Obedience to Authority. It is a relatively quick read, and Milgram goes into depth about the numerous variations of the experiment he did to try to better understand why people would obey so readily and under what circumstances they would disobey.

Bif Bang Pow! will be producing this bobblehead version of the Mystic Seer from the classic Twilight Zone episode “Nick of Time”, where William Shatner’s character becomes obsessed with the “predictions” made by the fortune telling machine. Oddly enough, the Mystic Seer is one of the few TZ props that wasn’t thrown out by CBS after the end of the show’s run, so the real thing is out there somewhere in some collector’s home.

Now, if I can just get a Magic Conch replica, I’ll never have to think for myself again! 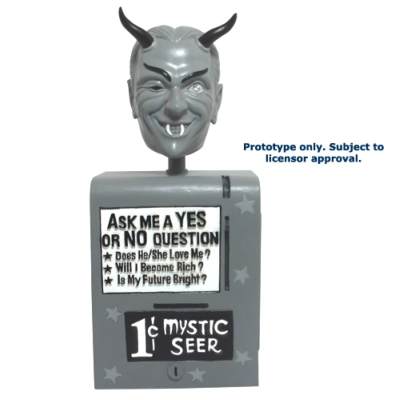