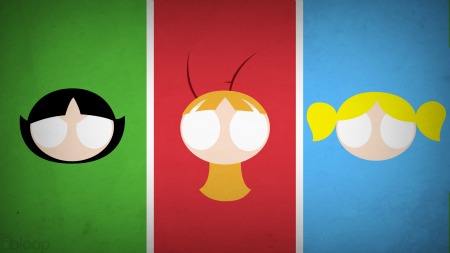 Super Hero is a photoset on Flickr that puts superheroes into historical photographs, like this photo of the Flash accepting the surrender of some soldiers in World War II. Very cool. 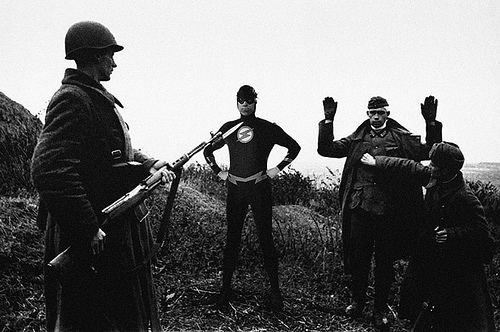 The Hero Factory is a flash-based “make your own superhero” app. Here’s my reimagining my WoW rogue as a badass blue ninja.

Marvel Kids has a neat Create Your Own Superhero online tool. It’s actually fairly sophisticated with a ton of options for a Flash-based tool. At least something to do waiting for Champions Online!

A couple times on this blog I’ve mentioned my childhood fascination with the Encyclopedia of Comic Book Heroes, three volumes that were extensively detailed guides to Batman, Superman and Wonder Woman. Published in the 1970s, the volumes are very dated now and even then the level of detail meant that typically only a handful of series were treated for each character. For example, none of the Justice League, etc., comic books were considered in the creation of either of the books despite the prominent role all three of DCs heavyweights play in those books.

Anyway, the good news is that DC is in the process of doing a new series of encylopedia-like volumes about its big guns, and the first entry, The Essential Batman Encyclopedia, is already out.

This book is huge at 8.5″ x 11″ and 388 pages, including a liberal number of color reproductions and artwork. This book doesn’t attempt to be as detailed as the original Batman Encyclopedia which is a good thing. First, it allows author Robert Greenberger to expand the entires to cover pretty much all the relevant Batman-related books. Second, it doesn’t waste space with relatively trivial matters (the original Encyclopedia, for example, included pretty much every villain who ever appeared, including many who made single appearances in early Batman books and really had little to no influence on the series/character as whole).

Greenberger also does a good job — well as good as can be expected — in handling DC’s confusing multi-dimensional continuity. For example, the entry on “Robin” starts off by noting how Robin came to be on Earth 2, then on Earth 1, etc., and then how these different continuities sometimes bump into each other and crossover. It would be better if DC had a sensible continuity, but barring that this approach is the next best thing.

Honestly with this book listed at $19.95 on Amazon.Com, I can’t thing of a single bad thing to say about this. It’s everything I’d hoped an updated version of the original Batman encyclopedia would be. Now bring on the Superman and Wonder Woman entries, and hopefully whereas the original books got cut off there, hopefully we’ll see this series progress so there will be a Green Lantern, etc. encyclopedia.

BuySuperheroCostumes.com has, well, pretty much all your superhero costume needs covered.