Back in March, 5th Cell laid off most of its staff after the apparent cancellation of Scribblenauts: Fighting Words.

Unfortunately, due to a project cancellation, we have had to let go of 45 of our very talented staff members today.

Layoffs aren’t something we take lightly and we’d like to thank all our employees for all the hard work and dedication over the years.

5TH Cell as a company is not closing down, but our focus right now is 100% on helping our staff make the transition to other external opportunities. If we haven’t already reached out, any interested employer can reach us at [email protected]

Personally, I’d like to see a Scribblenauts Unlimited 2 with more options for user-generated content. What Scribblenauts is really missing is the ability of users to design their own levels. Adding that to the already outstanding custom object creation system would make a worthy successor (at least on PC).

Someone put together a Scribblenauts-themed texture pack for Minecraft. 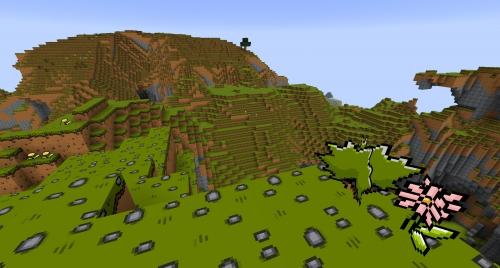 I’m not ashamed to say it, I love Scribblenauts, a puzzle game originally released on Nintendo platform’s and recently for the PC as well. Scribblenauts has a massive dictionary, and you can summon any apparently tens of thousands of objects to the game world in order to solve a given puzzle. The player is also able to apply adjectives to objects. Want a pink happy alligator? It’s in there.

Anyway, back in 2009 someone posted online what was allegedly a complete list of all 22,082 words in Scribblenauts at that time. Lead designer Jeremiah Slaczka denied that the list was accurate. Here’s how Fast Company reported on the alleged leak,

Of course, some people will always want to know boundaries: over the weekend someone posted a list of what was supposedly the 22,802 objects in the game. “That was leaked by a hacker who does not know anything. It’s more than that,” Slaczka said. There is something wonderful about discovering what obscurities can be found in the title. Slaczka said the last item he squeezed in was Low Rider. And the inclusions of niche objects such as Rick Astley, Cthulhu, and Molecule fosters that sense of inclusiveness.

It’s not clear if Slaczka was saying the leaked list was completely unrelated to Scribblenauts‘ actual dictionary, or if he’s simply saying that it was an early or incomplete list. The list certainly shares some oddities with the actual Scribblenauts dictionary, including some erroneous words.

So if the list is not exactly everything that appeared in the game as of 2009, it appears to have a very strong overlap.

The interesting thing is there are words on the 2009 leaked list that are not in the 2012 PC game that would be very odd to show up in a Nintendo DS game. For example, the list contains the word “algolagnist” which is “a person who experiences sexual pleasure from inflicting pain or suffering.”

I don’t have access to the DS versions of the games to check if this is something they removed before the game got shipped, or if it’s there and was removed from later versions. It would be interesting for someone who does have the original game on DS to see what happens if they enter “algolagnist.”

5th Cell, the makers of Scribblenauts, recently announced they were making a DC Superhero-themed version of the game called Scribblenauts Unmasked.

The first thing that usually comes up with DC or Marvel licensed properties is which heroes and villains the game will feature. In the case of Scribblenauts Unmasked, the answer appears to be “All of them.”

Aside from a few characters that DC owns but are not considered part of the DC Universe–Watchmen being the most notable exception–this game is apparently going to feature even the most obscure of DC’s heroes and villains. Matter-Eater Lad? Check. 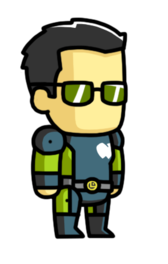 Mogo, the sentient planet that is also a member of the Green Lantern Corps? Check.

Personally, I’ve been waiting all my life for a game that would let me play as Composite Superman, and it looks like that time has arrived.