“The servers here are awful, just the worst,” said diner Richard Hall to reporters. “They’re sluggish, inattentive, and probably worst of all, they’re just not willing to improve at all. The biggest tragedy is the food here is actually really great. This could be the best place in town if the front of the house could get their heads out of their asses.”

Back in 2004 when World of Warcraft was initially released, I really wasn’t paying much attention to PC gaming. I don’t think I even heard about World of Warcraft until some students who worked for me started talking obsessively about it. I bought a copy in May 2005 largely to satisfy my curiosity, and have spent about 3,000 hours since then playing a couple of characters.

Like a lot of people, however, my interest in World of Warcraft at the moment is pretty much non-existent. Every time a new expansion has come out I’ve bought it, leveled my main character to the new level cap, and then quickly gotten bored and unsubscribed. World of Warcraft subscription numbers have declined to the point where–after announcing that in Q3 2015 WoW subscribers stood at 5.5 million (down from 10 million in Q4 2014)–Blizzard added that it would no longer release WoW subscription numbers.

There are a lot of reasons for the decline in WoW subscriptions, but ultimately the game just isn’t as fun anymore. I came to realize the game was likely no longer fun for a lot of people when I started talking to my 13-year-old son about the game. He’s the resident WoW fanatic in our house now, and he can (and will) go on and on about WoW mechanics, optimized builds and gear for various class/race combinations, etc., to the point where my eyes glaze over.

But here’s the thing–although he has a subscription to World of Warcraft, that’s not typically where he spends most of his time playing the game. Instead, he spends more time playing vanilla private servers such as Nostalrius Begins.

A private server is an instance of World of Warcraft that is not run by Blizzard. Blizzard tends to tolerate such private servers as long as they’re not exploitative and aren’t charging large sums of money to players. For the most part, people who play on private servers tend to be hardcore fans of the game who probably also play the official version, so I assume Blizzard sees benign neglect as the best approach. It probably helps that private servers attract relatively few players (Nostalrius is one of the most popular private servers, for example, but appears to attract less than 10,000 players).

The vanilla designation means that is designed to be identical to some official previous version of World of Warcraft. In the case of Nostalrius, for example, the server represents the game as it was before Blizzard released the first expansion to the game, The Burning Crusade. So my son and thousands of other people spend a lot of time playing World of Warcaft as it was almost 10 years ago.

The weird thing is that with the Mists of Pandaria and Warlords of Draenor expansions, Blizzard specifically implemented features and systems that were apparently designed to appeal to more casual or younger players like my son. I imagine the thinking was that this would expand the potential audience of the game (features like the battle pet system were clearly designed with this in mind). And yet it is precisely those changes which have led my son to spend more time on private servers, such as Nostalrius, rather than log into to Blizzard’s official offering.

My main takeaway after playing through Mists of Pandaria and Warlords of Draenor was that Blizzard went way too far in its efforts to simplify the game and its mechanics. I especially detest the new character “customization” system which has pretty much gutted customization to the point where they might as well just ditch it altogether. The game has gotten to the point where it offers as little challenge as something like the original Dungeon Siege.

On the other hand, there aren’t many games I’ve played 3,000 hours in only to say “yeah, after playing for 10 years this game finally feels kind of stale.” WoW is still one of the top 5 video games I’ve ever played, and Blizzard is to be commended for letting the private server system thrive for people who want to experience the game as it was before all of the recent changes.

Per Blizzard, "World of Warcraft subscribers include individuals who have paid a subscription fee or have an active prepaid card to play World of Warcraft, as well as those who have purchased the game and are within their free month of access. Internet Game Room players who have accessed the game over the last thirty days are also counted as subscribers. The above definition excludes all players under free promotional subscriptions, expired or cancelled subscriptions, and expired prepaid cards. Subscribers in licensees’ territories are defined along the same rules."

Knocking this thing over in real life is harder than beating Diablo in the actual game. 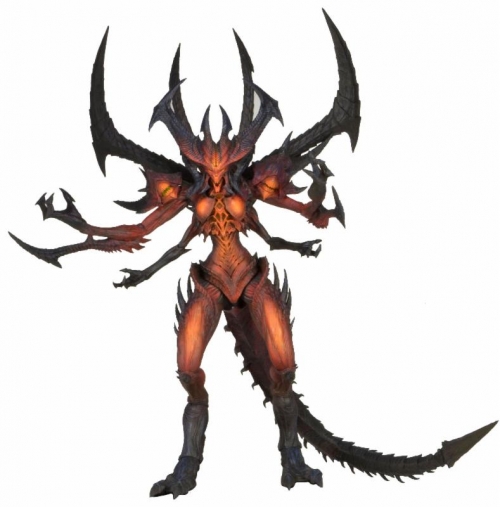