Iron Studios created this 1/10 scale statue of the X-Men’s Bobby “Iceman” Drake, which retails for $170.

I’m not generally a fan of these translucent statutes or action figures, but the promotional photography here really makes the statue shine.

END_OF_DOCUMENT_TOKEN_TO_BE_REPLACED

For the upcoming X-Men Legends comic book, Iban Coello has created a series of connecting variant covers that form this amazing look at X-Men history.

Originally sold as a t-shirt by ShirtPunch! 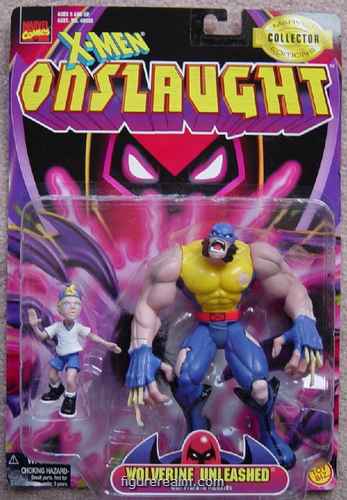 So Roger Friedman is this sort of bottom-feeding entertainment writer who Fox News has been syndicating for awhile. Finally he does something useful and posts a review of the leaked and torrented unfinisd print of the “X-Men Origins: Wolverine” movie, and he’s got entertard bloggers calling for his head. Typical of the genre is Josh Tyler’s junior high school-esque rant,

What’s strange and incredibly frustrating for someone attempting to retain his site’s independence, is that if you slap big corporate ownership on something, it instantly elevates it to respectable institution. Maybe we indie-sites deserve to be treated like gutter rats, but if we do then so do the big corporate, mainstream print and internet crowd which spends so much of its time looking down its collective nose at the rest of us.

Never has that been more evident than today when Fox News reporter Roger Friedman posted a review, on FoxNews’s website, of the recently pirated, illegal copy of X-Men Origins: Wolverine.

Take just a moment to let the implications of that sink in, and then while you’re at it consider this: The normally fractured, opportunistic, greedy, independent online community has shockingly, united as whole, and refused to review the film. Not only has almost every even marginally respectable website and blog refused to review it, most have come out with strong commentary against the viewing of it, decrying the illegal downloading of Fox’s upcoming summer blockbuster as blatantly immoral. Some have done so even in the face of backlash from their generally pro-piracy readers. In response Fox’s hard-working public relations departments have issued statements asking for the online community’s support, praising indie-run sites like this one for coming out against the illegal pirating of Wolverine, and asking us to stand up and refuse to download or discuss it.

So who caved? Not the internet crowd, not the independently owned bloggers so often decried as the scum of web society. Fox’s own FoxNews. The same Fox begging for sympathy over the pirating of their big movie. While the hard working (and well-intentioned) 20th Century Fox PR staff asked for restraint and cooperation, on the other side of the company someone decided to take advantage of the buzz on their film to greedily increase traffic to their website while at the same time, by their willingness to run a review from someone who illegally downloaded it, further promote the spread of the very Wolverine downloads which Fox claims are bankrupting the movie industry. Worst of all, Roger Friedman not only illegally downloaded the movie and then reviewed it publicly, he then all but endorsed the idea of others doing the same saying: “I did see Wolverine on a large, wide computer screen, and not in a movie theater, but it could not have played better.”

ROTFLMAO. See what Friedman did is what real journalists do. Whether Fox or anybody else likes it, “Wolverine” is out there and people are watching it. Whether or not its any good is something people like myself are curious about and even an early version can help clarify that issue.

Tyler’s “see no torrent; hear no torrent; speak of no torrent” acquiesence with Fox is absurd. Maybe if he wants “indie” film websites to be taken seriously, he might want to put a stop to the public fellating of Fox’s public relations department.

Personally, I hail Roger Friedman for doing something that apparently these “independent” sites would never think of doing — going beyond being a simple extension of big studio public relations departments.

Update: A commenter over at ScreenRant sums up my thoughts on this,

Roger Friedman has a set of brass ones. Good for him for not being a toadie of the film industry. Unlike 99% of the so called critics and film websites.