I’m not really into the whole adult coloring book scene, but the art in this book from Eric Shanower looks great. I might buy this and find someone else to color it for me. 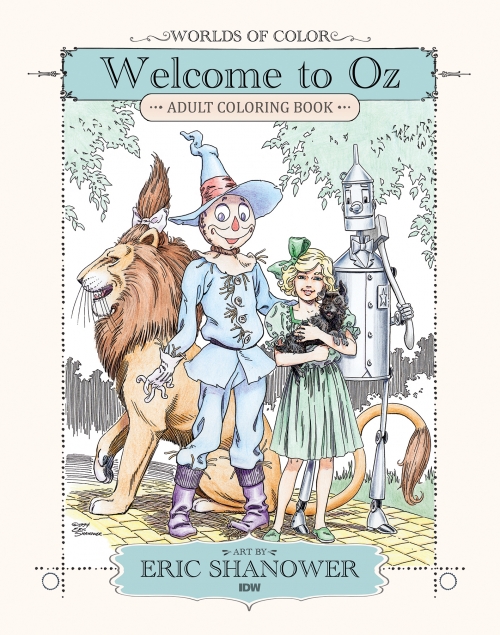 Kira Nichols makes these awesome Wizard of Oz-inspired bookmarks and sells them in her Etsy shop. 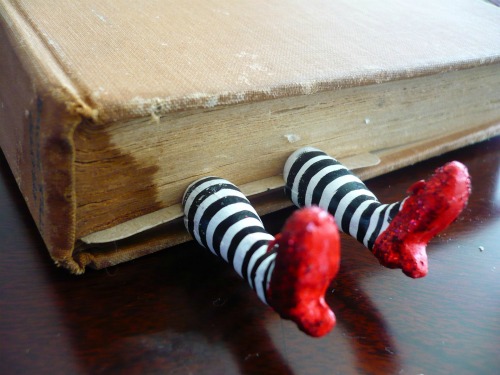 Saw an ad for a Wizard of Oz-themed pen-and-paper RPG the other day and decided to look around the web for Oz-based RPGs.

The RPG I saw the ad for was Emerald City Expeditions’ Oz: Dark and Terrible, which describes it thusly,

Welcome Welcome to Oz! An Oz where Witches with extraordinary magical abilities vie for power against a steamtech based Emerald City, lead by the Wizard himself. But who has the right to rule all of Oz? Does might make right? All of the familiar characters from the Land Oz are in Oz: Dark & Terrible, with one exception. The Scarecrow is an Anidum; a creature containing a person’s soul that has been transplanted into a mannequin, while the witch responsible walks around in the Husk with all its memories. The Tin Woodsman is a retired member of the Wizard’s “secret service”, the Tin Men, who ensure the citizens of the Emerald City remain loyal to their ruler and are willing to use whatever means necessary to achieve their goals. The Cowardly Lion is a disgraced exile from his rightful kingdom after his father betrayed the other Animals in a catastrophic battle against Blinkie, the former Wicked Witch of the South, who refuses to be like other Carnivores who eat the hearts of Humans to gain lycanthropic powers. The exception is Dorothy. She never went to Oz…yet. You play the role of an Outsider. Or, you can play a native of Oz, be he a mutated Munchkin, tribal Quadling, or even an Automaton, a sentient clockwork machine, among dozens of other possibilities. Oz: Dark & Terrible is based on the Land of Oz created by L. Frank Baum. But we have taken Oz in a direction never before seen. 256 pages, b&w interior, hardcover, removable map

F. Douglas Wall has also written an Oz-based RPG, Adventures in Oz: Fantasy Roleplaying Beyond the Yellow Brick Road. A print version of Adventures in Oz can be bought for $14.99 at Lulu.com or a PDF version is available from DriveThruRPG for $7.99. Wall also maintains a regularly updated blog devoted to the Adventures in Oz game.

Adventures in Oz seems to take a more conventional approach to the Oz milieu,

The Adventure Begins With You! For over 100 years, Dorothy’s adventures in the Land of Oz have fired the imaginations of millions. Now it’s time to create your own Adventures in Oz! * Easily create your own unique Oz character, or recreate your favorite Oz hero! * Simple rules and a bloodless combat system make it a great game for Oz fans of all ages! * Over 30 locations from L. Frank Baum’s Oz stories as well as advice for creating your own Ozzy locales! * “The Jaded City of Oz” a fun new Oz adventure!

Its odd there doesn’t seem to have been a serious attempt to make an Oz-based MMO yet. Perhaps Oz is too identified with the 1939 in the general public’s imagination to do a non-film based game.