Project Naptha is a project to keep an eye on. It is developing a web browser that automatically OCR’s text in images and allows the user to select and copy such text. So you end up with images like the example below where the plugin has automatically OCRed the software and I can just click and highlight the text elements. Very cool and extremely useful. 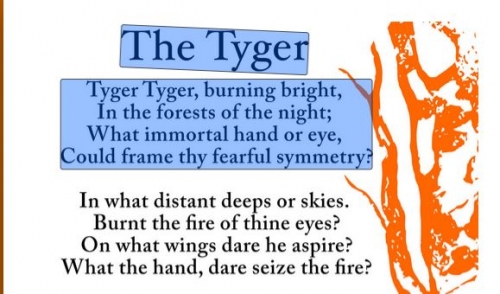 HTTPS Everywhere is an Electronic Frontier Foundation-supported plugin for Firefox that will rewrite all requests to a growing number of sites so that your browser is always requesting the SSL version of the site.

Mozilla’s Asa Dotzler made some waves when he posted this graph based on data from Net Applications Browser Market Share report.

The most obvious feature is the steady decline of Internet Explorer’s market share from 90 percent in 2004, to just around 66 percent today. Firefox and Safari are the two browsers that have gained most from Microsoft’s losses.

One way to look at this is the glass is 2/3rds empty — the vast majority of Internet users still use crappy Internet Explorer despite all of its problems, security issues, etc. On the other hand, the 1/3 glass full view is that this is a phenomenal achievement. As one of the commenters to Dotzler’s post notes,

It is [a bit depressing that IE’ share is still so high], but then you have to remember these are percentages of the whole web-using population. A few percent a year equates to millions of users switched. When you consider that it has happened without OS-bundling, without huge paid marketing campaigns, and without major web sites mandating particular browsers, then it’s actually an incredibly impressive rate of adoption. Even as it stands, the market share of non-IE browsers is enough to keep Microsoft honest, and force them into a more proactive and standards-friendly approach. IE8 may still be way behind the competition in many areas, but at least it pays far more attention to web standards than any previous IE release, and we have Firefox and Safari to thank for that.

Nice roundup here and here on browser benchmarks suggesting that Firefox and Chrome are 3-4 times faster than the recently released Internet Explorer 8 RC 1. Opera fares better against Firefox/Chrome, but is still signficantly slower.

Of course, I doubt speed is the primary reason most of us use Firefox. I do have one suggestion, however, that might at least get me to use Internet Explorer more than once a month — either bring MSN Search into the 21st century or switch the default to Google.

Every so often I leave Internet Explorer open in my second monitor and before I realize I’m doing it, I pop in a search term and hit submit. I swear to god I think Alta Vista gave better results back in 1998 than MSN does today. The gap between what Google gives me vs. what MSN Search gives is like the difference between Pong and Far Cry.

Not to mention MSN Search’s design aesthetic seems to have been lifted from spam sites.

Everything about the IE user experience is just awful from beginning to end above and beyond any speed issue.

Bill Gates has some interesting things to say about Firefox vs. Internet Explorer in this CNET interview. Responding to a question about Firefox taking away market share from IE, Gates says,

Well, people get confused about browsers. You can have as many browsers as you want on your PC, just like you can have tons of music players and things like that.
As RSS has gotten more sophisticated and value-added search capabilities have come along, this thing is really maturing.

So when people say Firefox is being downloaded onto people’s systems, that’s true, but IE is also on those systems. Firefox is new, and people are trying it out. There’s a certain percentage of people who do that–it’s very easy to download.

Yes, of course IE is on the system and a number of non-browsing applications use IE so you don’t want to necessarily delete it completely. But Gates is ignoring the point that people are adding Firefox to systems that already have IE in order to avoid using IE. The other day I had to help a non-geek client with a machine used for presentation purposes. The first question he asked was whether or not we had a non-IE browser available, because he hated using IE.

Similarly I’ve been helping a friend re-install the software on her PC which is always bloated with ActiveX spyware. They’re getting Firefox as their main browser as well. No, it doesn’t eliminate security threats, but it certainly drastically reduces the scale of what end users have to worry about.

We need to keep IE the best. We need to innovate in IE, do more add-ons, do improvements. We have some very exciting plans there. Some percentage of users are going to try Firefox and IE side by side, and use the one that’s best.

In this case, Microsoft is in Netscape’s place. It has had a dominant market share for so long that it appeared to simply throw up its hand and declare “its finished — we don’t need to make any more changes.” And Firefox has really come along and showed users they don’t need to stick with Microsoft’s crappy browser for everday web browsing.

I’ve been using Mozilla Firebird as my default web brower for months now, but hadn’t really had time to delve into the various extensions available for it.

But then Seth Dillingham pointed to the EditCSS extension and I’m hooked.

EditCSS appears as a sidebar that contains an editable version of the CSS of the page you’re viewing. Change the CSS and the change is reflected immediately in the browser. Awesome stuff.