Some masks hide identities. Some masks save lives. If you must go out, be a superhero. Please wear a mask, for your safety and the health of others.

Not a big fan of lapel pins, but I’ll always make an except for Pinky and the Brain.

Next up in Warner Brothers series of straight-to-DVD animated DC films is Wonder Woman, scheduled for release in February 2009. One of the things I thought the New Frontier movie did very well was its interesting take on Wonder Woman (which I assume it got from the comic, but I haven’t read it so can’t confirm).

I assume this won’t be that dark, but at least it’s something until DC gets its act together and gets going on the live action film again (hint – do whatever it takes to get Joss Whedon back helming the project). 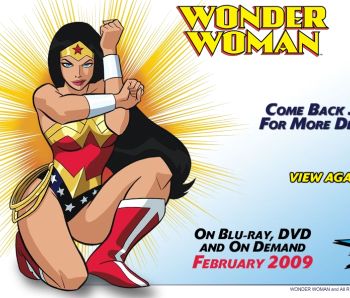