When Rita Repulsa uses an ancient artifact to transport herself to a universe without Power Rangers, she finds herself in a world with aliens, kaiju, and… Godzilla! Hoping to annihilate this new foe, Rita hurls her own terrible creatures into battle. But she never expects that the Rangers have followed her to this alternate reality, pitting the Dinozords themselves head-to-head with the King of the Monsters!

END_OF_DOCUMENT_TOKEN_TO_BE_REPLACED

Protect your tiny villages from this 12-inch tall and 22-inch long vinyl Varan which comes out in April 2014. 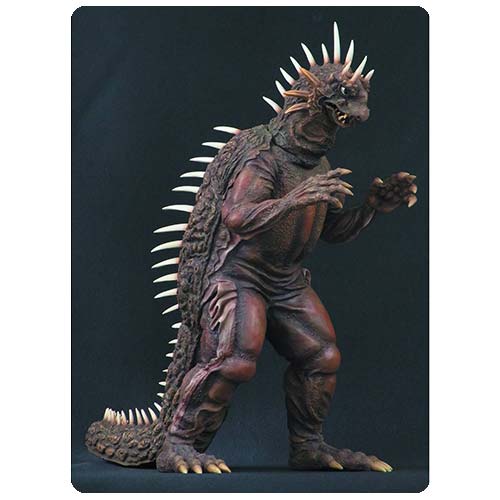