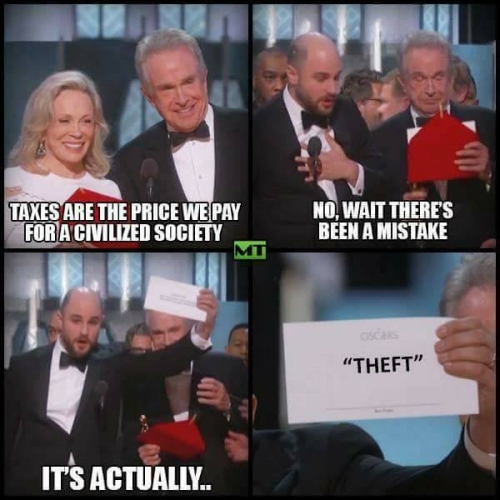 The World Health Organization and World Bank want governments around the world — especially in developing countries — to act as nanny’s and raise taxes on cigarettes by at least 10 percent to discourage people from smoking. A study commissioned by the two organizations, “Tobacco Control in Developing Countries,” claims about 42 million smokers would kick the habit if taxes were raised by 10 percent.

The WHO/World Bank is especially imperious when it comes to smokers in the developing world, with the authors of the report nothing that since people in the developing world generally have less money, the tax would hit them especially hard and provide a big incentive to stop smoking. As the spokesman for British American Tobacco told the BBC, however, a more likely result would be widespread smuggling of cigarettes. Smuggling and underground economies are already a staple in developing countries (and more power to them), and adding another highly taxed good to the mix would only encourage more smuggling.

Ultimately, though, as the study puts it the whole point here is control. The WHO thinks people shouldn’t smoke and it is more than willing to use the power of the state to enforce their views about personal behavior.

An amusing twist to the story was added by Prabhat Jha, co-author of the study, trying to defend against claims by the tobacco industry that raising cigarette taxes would cost jobs. Jha told the BBC, “As people don’t spend money on cigarettes, they will spend money on other goods. They will buy popcorn, they go the movies. These generate alternative jobs and also alternative revenues.”

The only problem with that picture, aside from using the threat of state-sanction forced to arrive at it, is that the WHO has also been going on over the past couple years about obesity, and it is just a matter of time before it starts to recommend higher taxes on fattening foods like popcorn and sedentary activities like watching movies. After all if we had higher taxes on those, people would spend more time eating granola and jogging on the beach.

The PR flack for the tobacco companies, Dave Betteridge, got it right when he told the BBC, “It should be for adults only, but provided that you are aware of the health risks — and it is hard to think that there are people who are not aware of these — if you want to smoke then you should be free to smoke.”

The U.S. Internal Revenue Service is starting to get scared that it’s not going to be able to tax the Internet economy. Specifically it is worried that Americans using strong encryption software will start engaging in financial transactions in countries that don’t share financial data with the United States (or in fact, Americans who do business using strong encryption to hide the fact that assets and income actually belong to Americans).

Problems could arise from the increasing sophistication of Internet encryption codes that are established for valid reasons of commercial secrecy but can also be used to conceal relevant tax details from tax administration. In such a world, it will be easier for companies to avoid tax collectors by operating worldwide through websites based in jurisdictions that are unwilling to share taxpayer information.

The best solution to solve this “problem,” said Summers, is for foreign governments to create rules to ensure that American citizens are taxed to death regardless of where in the world they do business.

The government’s fears are probably well founded. Already millions of Americans either underreport their income to avoid taxes or simply don’t file tax returns altogether, not to mention the many people who work in the underground economy trading services for difficult-to-track cash. There can be little doubt that if there were a relatively easy, secure system to hide income and assets from the IRS, Americans would likely flock to such systems by the millions.

With the repercussions of the Asian financial
crisis now spreading to Latin America and now beginning to be felt in
the United States, American taxpayers are being asked to make a sucker’s
bet. Just give the International Monetary Fund $18 billion, so the Clinton
administration says, and this global financial crisis will simply disappear
with the wave of a magic wand and plenty of austerity measures for the
developing world.

It goes to some of the most corrupt
governments in the world. A recent report by Transparency International
tells much of the story; its 1998 Corruption Perceptions Index tracked
the relative corruption of nations around the world based on how investors,
risk analysts and public opinion evaluated the countries.

But the World Bank and IMF tend
to turn a blind eye toward corruption – occasionally to the point
of denying it exists even when their own reports document massive corruption.
It recently came out, for example, that the World Bank buried an internal
report citing Indonesian corruption at the same time its officials were
publicly denying accusations that officials in that country were skimming
large sums of money from World Bank projects.

That August 1997 report concluded
that up to 20% of money the World Bank gave to Indonesia for various projects
was skimmed by Indonesia’s political class. But what was its official
line at the time? In July 1997, Jean Michel Severino, World Bank vice
president for East Asia, responded to allegations of Indonesian corruption
by saying, “We know exactly where our money is going. We do not tolerate
corruption in our programs.”

Is this a case of the blind leading
the corrupt?

So after these corrupt governments
have skimmed and diverted funds, and in the process driven their national
economies into the ground, what are taxpayers expected to do — why let
the IMF and World Bank give them even more funds as a reward. Of course
in return the IMF and World Bank will ask for “reforms” such
as raising taxes on the poor to pay for the largesse of the political
class.

In July, House Majority Leader Richard
Armey addressed an audience on the proposed IMF funding saying, “We’re
being asked to shell out $18 billion of your money for a pig in a poke.”
It’s about time the U.S. put at an end to its participation in this ongoing
fraud.

Those three words are enough
to strike fear into the hearts of even the most honest taxpayer. With
its web of obscure and incomprehensible regulations and more power than
the FBI and CIA combined, the IRS is not an organization to be taken lightly.

The IRS, like its counterparts
in the intelligence community, is aware of its immense power and has consistently
abused its privileges. Horror stories abound of IRS abuses.

In one case, the IRS claimed
that a businessman owed back taxes and it threatened to seize the iron
lung which kept his polio-stricken wife alive unless the money was forthcoming.

After Kansas City police
officer Paul Campbell gave a ticket to an IRS agent, he was “randomly”
selected for an audit. After nothing could be found wrong with his taxes
the IRS continued to spy on and harass Campbell for four months before
finally admitting that he owed them nothing.

Books could be filled with
individual incidents like this. What is more alarming, however, is how
the IRS has used its power to harass people and organizations for their
political views and activities.

James Luce knows about this
from firsthand experience. Luce is cofounder (with Richard Yao) of Fundamentalists
Anonymous, a watchdog group that monitors the actions of right-wing religious
groups. FA publicly criticizes powerful members of the religious right
like Jerry Falwell and helped start an investigation that led to the downfall
of television evangelist Jim Baker.

During the presidential campaign
of 1988, the group exposed Dan Quayle’s ties to right-wing fundamentalists.
Since then the IRS hasn’t left the group alone. For over a year now, FA
has been subjected to unannounced visits from IRS agents and threatening
phone calls.

Luce believes the IRS harassment
is politically motivated. “(Last July) senior IRS officials, led
by Robert Keller, explicitlytold (me) that the goal of the IRS was to
‘shut down’ Fundamentalists Anonymous and make it ‘grovel’ to the IRS,”
he said.

The IRS later apologized for
those statements. Only ten days later, however, FA received a “random”
audit notice from the agency.

Fundamentalists Anonymous is
by no means the first or last group to receive such attention from the
IRS. Presidents Kennedy and Johnson both tried to use the IRS for political
gain without much success. It was left up to Richard Nixon to fully exploit
the power of the IRS.

In 1969, Nixon authorized the
creation of the Special Service Staff (SSS)– a branch of the IRS dedicated
to investigating political dissidents and helping out Nixon friends.

The SSS accomplished several
things for Nixon. It gave him access to confidential tax records and investigations,
which he used to gain an advantage over his opponents.

In 1972, for example, Nixon
was facing fierce competition from George Wallace in the Alabama Republican
primary. The Nixon campaign managed to garner an IRS file on some alleged
illegal dealings involving Wallace. They then leaked the file to the press
a few days before the primary.

Nixon also sought to gain special
favors from the IRS for his friends. He intervened to make sure that supporters
such as the Rev. Billy Graham and John Wayne were not subjected to IRS
investigation. The Nixon administration also intervened to ensure that
the Committee to Re-Elect the President got special tax exemptions.

The most appalling Nixon abuse
of the IRS was the so-called “Political Enemies Project.” Using
John Dean and Gordon Liddy as intermediaries Nixon drew up a plan which,
as Dean would later testify, was designed to “use the available machinery
to screw our political enemies.”

The White House made lists
of opponents, and then applied pressure on the IRS (and FBI) to have these
people audited and harassed. The strategy seemed to work as those on the
list were audited at a much higher rate than the average taxpayer.

By 1972, the SSS kept detailed
records on over 2,500 organizations and 7,000 individuals who held beliefs
contrary to Nixon’s.

After Watergate testimony revealed
the Nixon abuses of the IRS, Congress passed a series of laws aimed at
protecting citizens. Unfortunately those laws proved ineffective in shielding
political activists, and have been easily sidestepped by subsequent presidents.

When the North American Congress
on Latin America criticized President Reagan’s policies on Nicaragua,
the IRS tried to withdraw the group’s tax-exempt status at the urging
of the White House. Similarly, many activists who visited Nicaragua returned
home to find audit notifications waiting for them.

In the best tradition of Senator
McCarthy, persecution of political dissidents continues.

This article originally appeared in the Western Herald.