Saw this interesting article/ad at Boing! Boing! last summer featuring a set of Public Enemy action figures. These are based on the art of Ed Piskor who has been doing a graphic novel history of hip hop which is generally well done. 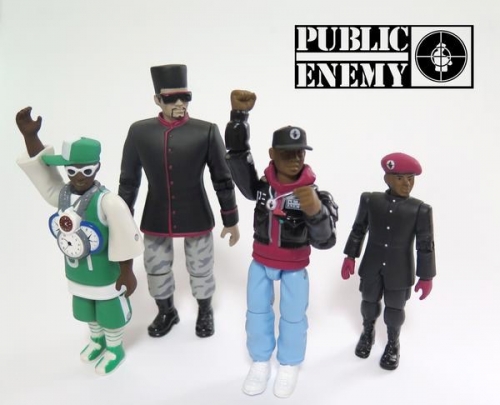 The interesting thing, however, is that yes, that figure on the far right is of Professor Griff. Yes, the same Professor Griff who told David Mills back in 1989 that,

Jews are responsible for the majority of the wickedness in the world.

But, hey, can’t let a few racist comments stand in the way of promoting some cool action figures by “Boing Boing comic artist Ed Piskor.” I mean, yes, maybe if this was a cat meme, then there might be cause for concern, but this is only anti-Semitism, so no harm no foul.