No firm date on when, but PocketFinder is planning to release a geolocation service based around this smallish GPS receiver. The marketing materials describes the device as about the size of an Oreo cookie, with about 7 days worth of battery life. It transmits its GPS coordinates wirelessly so the location of the device can be tracked on the web through a premium monthly service.

The market PocketFinder is going after is parents and pet owners…add one of these to Fluffy’s collar and track her at any moment. Or pin one of these to your kid’s coat, and set up an alert so when the device leaves, say, your neighborhood you get a text message.

Frankly, I just want a smallish GPS recorder. I’ve got an extremely small one now, but it is still about twice the size of this. Prices are, I believe in the $120-$150 range plus a monthly service fee. 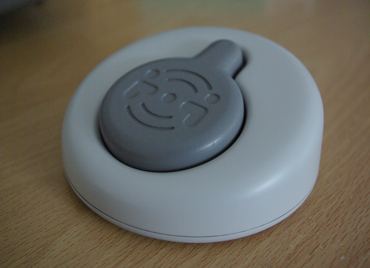 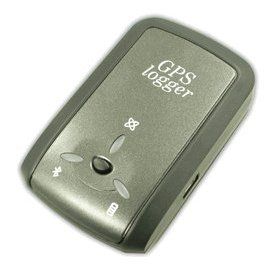 As mentioned elsewhere, I have this little obsession with capturing data about my activities as I move through the day. Cheap, large scale storage makes it easier and easier to capture and archive such data, so why not?

Several months ago I added the i-Blue 747 GPS Logger to my collection of gadgets. It pretty much does what the title suggests — it records its GPS position to internal flash memory. Periodically, then, I download the GPS data file as a CSV file. That’s about it. Apparently it has Bluetooth so you could sync it wirelessly to your laptop or smartphone if you wanted to do real time mapping/directions, but I’ve never tried that feature (and don’t plan to).

The main advantages of the i-Blue 747 are that a) its cheap – $65 on Amazon at the moment; b) it acquires GPS signals fairly accurately, even in less-than-ideal conditions; c) it is extremely small; and d) it lasts all day on a full battery charge.

I’ve had nothing but positive experiences with it over the past few months. I definitely got my $65 worth on this particular gadget.

Hundreds of years after Adam Smith demonstrated that free trade between nations enriched both nations, mercantilism is alive and well even among those who are smart enough to know better.

It is very odd to see someone like Rogers Cadenhead argue against outsourcing on this sort of basis,

I don’t begrudge Seal’s people taking their shot at the Indian dream, but I think it’s in Americans’ self-interest to make outsourcing as expensive as possible.

This sort of myopic (and wrong-headed) version of American — and, even more directly, European — self-interest has helped to condemn hundreds of millions of people to needless poverty around the world. Specifically, American and European agricultural policies and protectionist trade policies have made it almost impossible for farmers and workers in the developing world to be competitive. The result is a double whammy — artificially high prices for goods in the United States and artificially inflated poverty levels in the developing world.

If Europe and the United States were serious about tackling third world poverty, the single most effective thing they could do would be to end their obscenely subsidized support of agriculture and other protected industries.

In a world where technology has largely wiped out the importance of distance, locking out Indian IT workers simply because they live at the “wrong” GPS coordinates is equally absurd and economically damaging to both the United States and India.