On October 23rd, the RIAA used a DMCA letter to takedown the YouTube-DL GitHub repository, along with a couple of dozen forks of the project. As of Friday, 10/23/2020, many of those repositories returned the following message.

Repository unavailable due to DMCA takedown.

This repository is currently disabled due to a DMCA takedown notice. We have disabled public access to the repository. The notice has been publicly posted.

GitHub posted the RIAA’s takedown request letter in its DMCA repository. The letter reads in part,

I am contacting you on behalf of the Recording Industry Association of America, Inc. (RIAA) and its member record companies. The RIAA is a trade association whose member companies create, manufacture or distribute sound recordings representing approximately eighty-five (85) percent of all legitimate recorded music consumption in the United States. Under penalty of perjury, we submit that the RIAA is authorized to act on behalf of its member companies on matters involving the infringement of their sound recordings, audiovisual works and images, including enforcing their copyrights and common law rights on the Internet.

Copyright Violations. We have learned that your service is hosting the youtube-dl source code on its network at the following locations, among others:

The clear purpose of this source code is to (i) circumvent the technological protection measures used by authorized streaming services such as YouTube, and (ii) reproduce and distribute music videos and sound recordings owned by our member companies without authorization for such use. We note that the source code is described on GitHub as “a command-line program to download videos from YouTube.com and a few more sites.”

Crazy story at Medium by a woman who was being harassed by anti-vaxxers. The harassers got hold of a photo of the woman’s baby that she had posted online, and began tweeting out copies of the photo.

When she contacted Twitter, they suggested that she file a DMCA takedown notice for the images. For fuck’s sake. That is such bad advice on so many levels, not the least being that DMCA notices are generally going to result in the contact information of the individual or organization filing it to be shared with the person being served the notice.

And that’s what happened. She filed the DMCA notice which led to the image disappearing almost instantly from Twitter, but now the people harassing her were handed her personal contact information.

This is not the first time Twitter has suggested to users that they send DMCA notices to deal with harassing content without providing notice of what doing so entails.

There are so many things that Twitter could do to curtail abuse on its platform, and many of its heavy users have laid out in detail what they’d like to see change. Most of the suggestions by John Scalzi’s What I Want Out of Twitter would significantly dial back the level of abuse that individuals are exposed to:

3. Make mute/block lists native to Twitter and shareable across clients.

6. Muting in Notifications and Direct Messages.

7. The ability to see only replies/notifications from those you follow/whitelist.

8. An optional tab where muted/blocked account replies can go.

Unfortunately, Twitter seems completely uninterested in implementing these sort of suggestions. It seems to see Twitter as solely a link sharing/news service (hence the execrable Moments “feature”) rather than a discussion platform, and doesn’t seem to care about improving its system for those of us who use it for the latter purpose. 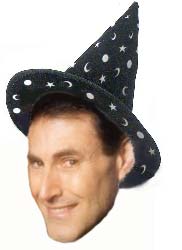