Researchers at the University of South Florida studying Alzheimer-like symptoms in mice found that a daily dose of 500mg of caffeine reversed the memory problems the mice experienced. After two months on 500mg of caffeine a day, the memory-impaired mice performed as well on memory tests as normal mice.

However, in other experiments with normal mice, the researchers found that caffeine did not improve the memories of normal mice. According to USF researcher Gary Arendash,

This suggest that caffeine will not increase memory performance above normal levels. Rather, it appears to benefit those destined to develop Alzheimer’s disease.

Nature has an interesting commentary piece about the use of cognitive-enhancing drugs like Adderall, Ritalin, and Provigil and that are currently being used for their cognitive-enhancing properties by otherwise healthy people, along with drugs on the horizon that are likely to be “abused” in this way.

The piece by Henry Greely et al starts by recognizing that even though the use of drugs like ritalin without a prescription is illegal in the United States, it is becoming fairly routine and common on college campuses in this country,

Yet one survey estimated that almost 7% of students in US universities have used prescription stimulants in this way, and that on some campuses, up to 25% of students had used them in the past year. These students are early adopters of a trend that is likely to grow, and indications suggest that they’re not alone.

The commentary generally comes down in favor of sensible regulation of cognitive-enhancing drugs, arguing that “based on our considerations, we call for a presumption that mentally competent adults should be able to engage in cognitive enhancement using drugs.”

Hell yes, they should.

The authors call for ensuring that cognitive-enhancing drugs are safe, but that we don’t go too far and demand that such drugs meet higher standards of safety than other types of drugs.

An evidence-based approach is required to evaluate the risks and benefits of cognitive enhancement. At a minimum, an adequate policy should include mechanisms for the assessment of both risks and benefits for enhancement uses of drugs and devices, with special attention to long-term effects on development and to the possibility of new types of side effects unique to enhancement. But such considerations should not lead to an insistence on higher thresholds than those applied to medications.

We call for an evidence-based approach to the evaluation of the risks and benefits of cognitive enhancement.

This, of course, makes far too much sense to ever actually become policy in the United States, but it is at least a useful exercise in outlining an alternative to the inevitable war on smart drugs. 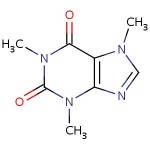 Back in September, the BBC reported on a study finding that daily caffeine consumption was linked to a risk reduction for Alzheimer’s. Of course the actual study was conducted on rabbits who were fed a fat-rich diet with an experimental  group receiving caffeine. The study’s authors suggests that caffeine blocks cholesterol which otherwises tends to make the brain/blood barrier “leaky” over time.

“Caffeine appears to block several of the disruptive effects of cholesterol that make the blood-brain barrier leaky,” said Dr Jonathan Geiger, who led the study.

“High levels of cholesterol are a risk factor for Alzheimer’s disease, perhaps by compromising the protective nature of the blood brain barrier.

“Caffeine is a safe and readily available drug and its ability to stabilise the blood brain barrier means it could have an important part to play in therapies against neurological disorders.”

A spokesman for the Alzheimer’s Society said that the barrier seemed to work less efficiently in people who went on to develop Alzheimer’s or suffer strokes, and the cholesterol link might explain this.

U.S. News and World Report’s Alex Kingsbury does a nice job discussing another profession where the use of performance enhancing drug is believed to be widespread — classical musicians. According to Kingsbury, a significant percentage of musicians — as well as actrs and other performers — turn to beta blockers to lower their blood pressure and thereby presumably improve their performance.

Use of Ritalin and other ADHD drugs is allegedly common on college campuses, and personally I don’t start my day without a 32 ounce helping of my favorite caffeine-laced performance enhancing diet cola.

It is a shame that Kingsbury can’t take the obvious next step as to whether those of us who use our own performance enhancing drugs should really be judging athletes who use drugs more appropriate to their profession. Instead he dredges up bioethicist Greg Kaebnick who offers this pearl of wisdom,

There’s no general ethical principle for enhancement — a performance that one group celebrates as a manifestation of natural talent and practice boosted by a drug, another group sees as cheating.

Ah, the ad hocracy that is contemporary bioethics. Forget any attempt at logical consistency or, god forbid, something as quaint as a general ethical principle.

In another case of everything-on-the-Internet-must-be-true, the widely-read Boing! Boing! is helping to publicize false health information from, of all places, the unreliable Erowid site which seems to promote, if not advocate, the use of psychoactive drugs.

The idiots at the Center for Science in the Public Interest are on one of their anti-caffeine binges and have an analysis of caffeine content in various products. Starbucks 16oz coffee grande tops the list with 550mg of caffeine.

Boing! Boing! then republishes the following comment from one of its readers as if it were accurate,

I saw your caffine post and it reminded me that according to the Erowid drug information site, the L.D. 50 for caffeine (the amount that is lethal for 50% of a test population) is between one and four grams. So, according to the link you posted, a single grande coffee at Starbucks is just over half of the bottom of that range. It’s also worth noting that they list anything over 400mg as a “heavy” dose.

Okay, a dosage of one to four grams may kill you depending on your weight . . . if you inject that much caffeine intravenously.

If, like most of us, you get your caffeine through oral consumption of food and drinks, the lethal dose for adults starts at 7-10 grams depending on your weight, and increases from there the more you weigh. To start to get anywhere near a lethal dose of caffeine from Starbucks, most of us would be looking at a minimum of 9 or 10 of these 16 ounce drinks consumed very rapidly.

As Mrvos, et al noted in a case study of a woman who died from caffeine overdose from swallowing large numbers of diet pills,

Caffeine has long been recognized as an addictive substance with numerous toxic effects. Death due to caffeine overdose is rare, due in part to its marked gastric irritation resulting in spontaneous emesis.

That’s a scientifically correct way of saying that if you try to achieve a lethal dose of caffeine by downing lattes, the caffeine will give you an incredible stomach ache and you’ll wind up puking the caffeine on the floor long before you are even close to killing yourself.

A look at caffeine-related fatalities from PubMed makes clear that cases of caffeine fatalities are almost exclusively from excessive, often accidental, consumption of diet pills and other drugs.

Indigo Instruments sells an awesome line of Molymod Molecular Model Kits that can be used to make any number of molecule models. They even sell kits for caffeine, THC, Nicotine, and cocaine to model your drug of choice. And scroll down to the bottom of the page to see the excellent crystal/latice structures of ice, sodium chloride and similar molecules.