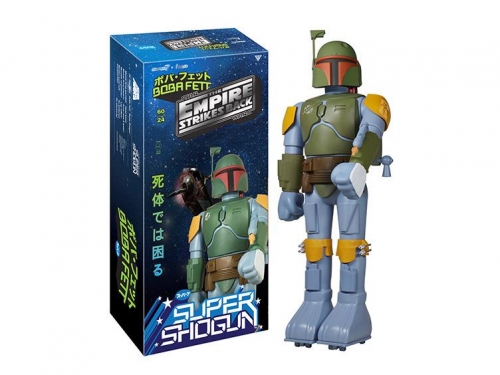 Back in 2010, I noted someone made a custom Darth Vader-as-Samurai action figure to pay homage to George Lucas’ borrowing from films such as Hidden Fortress. Now, Bandai Hobby is releasing a series of Star Wars action figures reimagining iconic characters as if they just stepped out of a feudal Japanese setting.