This diecast model is a stunning rendition of the Batmobile that made its debut in 1969 in Detective Comics #364.

According to the History of the Batmobile,

[The 1969 Batmobile] was a two-seat coupé outfitted with a turbocharged engine, bulletproof chassis and body panels, hydraulic impact absorbers built into the front end, and a smokescreen generator. To retain a low profile, it had bulletproof one-way mirrored windows and diplomatic license plates. It also represented two Batmobile firsts: gullwing doors and a remote driving system. The latter was originally developed as a safety measure to get Batman out of tight situations, but was found to be equally effective acting as a decoy and has since appeared in several Batmobiles since then. 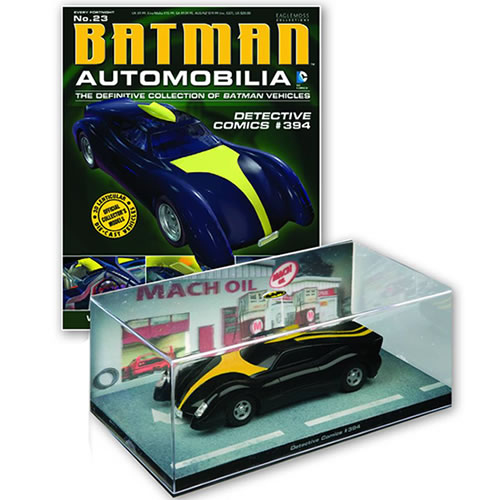