Yes, folks, this here is a Batarang Money Clip — one of the bazillion licensed Batman Begins/Dark Knight products.

This looks awesome in the photo, but apparently is a piece of crap. Rather than work like traditional money clips, there are magnets in the ends of the clip which are supposed to keep the clip closed. That works well unless you actually want to carry more than a few bills in which case the magnets aren’t strong enough to keep the clip from opening.

Too bad…I would totally buy this if it was functional as well as simply looking awesome. 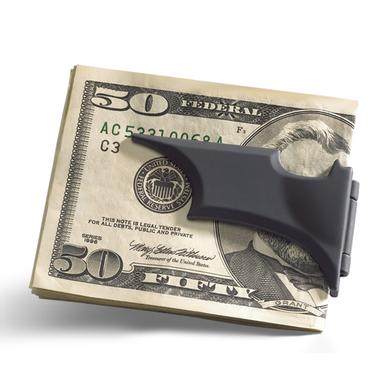 One thought on “Batarang Money Clip”