The United States has a long-standing (though not necessarily always followed) policy of not negotiating with groups that take Americans hostage. One of the rationales for this policy has been that negotiating with such groups would lead to an increased likelihood of Americans being taken hostage. But is there any evidence this is the case?

A 2017 policy paper from New America suggests that there is little evidence that this policy is effective.

There is no clear link between a nation’s ransom policy and the number of its citizens taken hostage. The United States had the most hostages taken since 2001 with 225, followed by Italy with 148, France with 143, and the United Kingdom with 137. Kidnappings are driven primarily by conditions of general instability in countries such as Iraq, Syria and Yemen, rather than by the targeting of particular nationalities.

Part of the problem in determining whether a “no negotiations” strategy is effective is that the number of Americans kidnapped is (thankfully) so small.

In fact, a 2017 Control Risks look at kidnapping data found that almost all kidnapping around the world targets local nationals rather than foreigners,

Victim types: Kidnappers’ targeting preferences were unaltered in 2017, with local nationals representing 94% of victims. Most kidnappers were deterred from targeting foreigners by the latter’s security measures. However, some experienced groups, lured by the potential for higher ransom payments, retained the intent and capability to abduct them. Kidnappers did not typically choose targets based on their employment sector, but instead on their perception of the victim’s wealth.

New America argues, however, that the “no negotiations” policy has an impact on the outcome of kidnapping events for the hostages–i.e., that it appears to increase the risk that they will remain as hostages longer and are more likely to die as a result of their captivity.

Hostages from European countries known to pay ransoms are more likely to be released. Hostages from countries such as Austria, France, Germany, Spain, and Switzerland are far more likely to be freed, even when they are held by the terrorist groups that are most likely to murder their hostages. Eighty-one percent of European Union hostages held by jihadist terrorist groups were freed, compared to 25 percent for the United States and 33 percent for the United Kingdom 6

The New America report concludes that the United States should clarify laws about whether private groups who raise ransom for American hostages can be held liable under US laws against funding terrorist organizations; facilitate prisoner exchanges for kidnapped Americans; and perform data-driven studies of hostage taking.

The “no negotiations” policy has an obvious intuitive appeal, but if it is based on outdated or misguided notions that are not supported by the outcomes of actual kidnappings, then it should be abandoned. The sort of data-driven examination of kidnappings that New America recommends would be a good place to start.

Fascinating story via TechDirt demonstrating the complete idiocy that characterizes much of the war on terror.

A man in Australia attempted to buy some electronic parts from Element 14, which bills itself as a leading international supplier of electronics. When he showed up at a local Element 14 story to pick up the parts he had ordered online, however, he was told a “hold” had been put on the parts.

The hold, it turned out, was because Element 14 is/was comparing names of customers ordering parts to names on a U.S. terrorism watch list.

Back in 2006 a U.S. Marine was prevented from boarding a flight home because his name — David Brown — was on a watch list. The same year 60 Minutes did a story featuring 12 men named Robert Johnson who were unable to fly because that name is on some sort of watch list.

The watch lists themselves are largely security theater, but it is still a bit shocking to see how the American Terrorism Industrial Complex insists on taking this to its brain dead logic outcome.

Interesting quote from an article at Truth Out which apparently also appears in Terry McDermott and Josh Meyer’s book The Hunt for KSM. Discussing the efficacy — or lack thereof — of torture, McDermott notes that one of the claims Khalid Sheikh Mohammed made after being waterboarded sent the FBI on a literal wild goose chase.

“He had us chasing the goddamn geese in Central Park because he said some of them had explosives stuffed up their ass,” former FBI counterterrorism agent, Ali Soufan, told the authors.

It would be nice to have additional sourcing and/or details on such an outlandish undertaking by the FBI.

In July 2010, the Department of Homeland Security put together a memo documenting suspicious behaviors people engage in at hotels indicating they may be terrorists (PDF of full memo (100k)).

Thank goodness we’ve got the best and brightest figuring out how to spot terrorists. 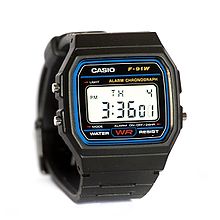 The American Atheists are suing the state of Kentucky over a provision that a fundamentalist Christian legislator managed to slip into the state’s law governing the state Office of Homeland Security,

(2) The executive director shall:
(a) Publicize the findings of the General Assembly stressing the dependence on Almighty God as being vital to the security of the Commonwealth by including the provisions of KRS 39A.285(3) in its agency training and educational materials. The executive director shall also be responsible for prominently displaying a permanent plaque at the entrance to the state’s Emergency Operations Center stating the text of KRS 39A.285(3);

In this case I think the American Atheists’ lawsuit is fully warranted (and a slam dunk at that), but please can’t they find someone to write press releases that don’t sound like rants,

Can’t we let this alone?

No, we can’t.  It is our patriotic duty to protect our Constitution from threats.  The injection of religion into government offices, if left alone, would set a precedent and lead to more infringements, which would then become precedents themselves.  We have seen, first hand and in this case alone, that religion can never be satisfied — they will always want more.  The  [sic] Seaparation of Church and state is a doctrine we proudly and unapologetically defend.

Beyond that, the whole concept that the state and the country is powerless against other religious zealots without this specific god to help us screams of the same religious zealotry that got us into this war in the first place. “my god can beat up your god” is what they say before a war begins — or escalates.

Really? See, I’d have taken a different tack. If Homeland Security is dependent on ‘Almighty God’, I want to know where the hell he/she/it was on September 11, 2001? Taking a day off? (Come one, we already took God out of public schools — he can’t have much else left to do, can he?) Too busy downing some donuts to stop a few planes?

Along with the lawsuit, perhaps we should subpoena this Almighty God character and find out exactly what its role in terrorism is. If Almighty God is truly the lynchpin of anti-terrorism, it sounds like we might have grounds for a class action lawsuit here.