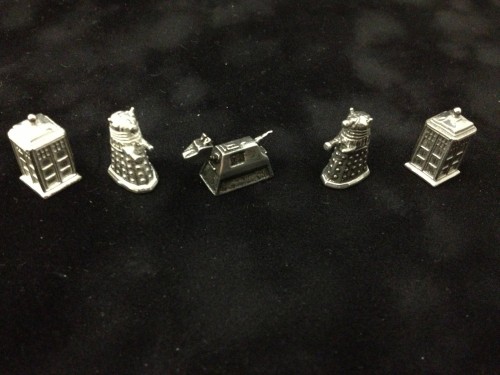 Rogers Cadenhead catches the New York Times in an obvious error about the origins of the Monopoly board game — and one they still haven’t corrected.

An April 28, 2006 article about a planned revamp of the game by Hasbro repeats the nonsensical Hasbro (originally Parker Brothers) PR claim that,

When Monopoly was devised in the 1930’s, Atlantic City was chose because it epitomized the kind of glittering tourist destination that many Depression-era Americans could only fantasize about visiting.

Charles B. Darrow, an unemployed salesman, sketched the prototype game on a tablecloth in the Germantown of Philadelphia, using 21 street names from Atlantic City. . .

In fact Monopoly is clearly derived from a game called The Landlord’s Game patented in 1910 by Elizabeth Maggie Phillips. The Landlord’s Game and variations of the game were played by Quakers, with rules changing as the game spread, under the name “Auction Monopoly” or “Monopoly.”

Darrow learned a version of Monopoly from Quakers in Atlantic City who took to printing and selling copies of the game, and the rest is history. Darrow claimed he had invented the game, and Parker Brothers helped perpetuate that lie in its marketing materials. The company also bought up the rights to the The Landlord’s Game and similar games.

In the 1970s, this history came back to haunt them when Parker Brothers sued Ralph Anspach to stop distribution of Anspach’s Anti-Monopoly game. Parker Brothers ultimately lost that lawsuit and the floodgates opened for literally hundreds of impersonators and Monopoly variants.

Anspach went on to write a book about his lawsuit and Parker Brothers fraud, The Billion Dollar Monopoly Swindle.