On June 26, 2017, the European Southern Observatory published this image of the surface of Betelgeuse, a star in the Orion constellation that is about 600 light years from the Earth. 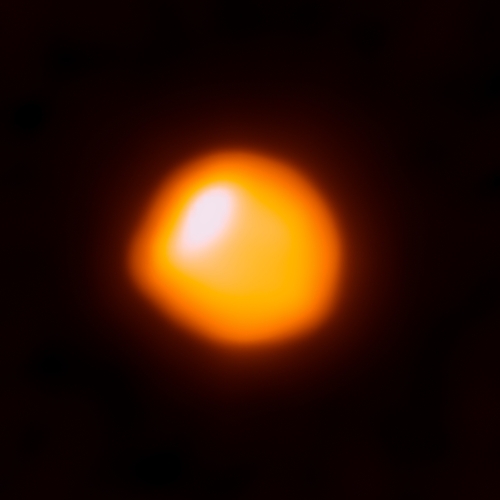 Betelgeuse is one of the largest stars currently known — with a radius around 1400 times larger than the Sun’s in the millimeter continuum. About 600 light-years away in the constellation of Orion (The Hunter), the red supergiant burns brightly, causing it to have only a short life expectancy. The star is just about eight million years old, but is already on the verge of becoming a supernova. When that happens, the resulting explosion will be visible from Earth, even in broad daylight.