Toho wanted to make a Godzilla vs. Mechani-Kong movie in the 1990s, but the idea was nixed due to permission issues for the likeness of King Kong which is owned by Turner. Too bad  — that would have kicked so much ass.

These nice 6″ vinyl figures of Mechani-Kong run about $60-$80 apiece on eBay. 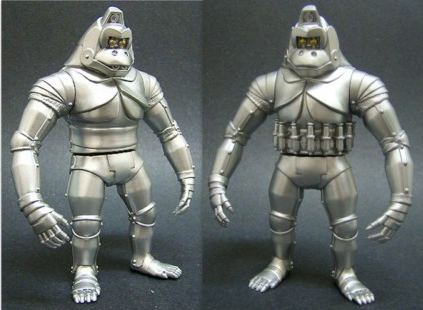