For the most part, I’ve tried to give up computer games. I’ve got the XBOX in the living room and like to reserve that for gaming these days, so when I sit down at my desk I’m actually working on projects rather than firing up World of Warcraft to look for some hapless huntard to gank.

I had to make an exception for awhile for Hinterland, which crosses a Diablo clone with a city building RTS. So your goal is to take your village and upgrade the buildings, etc., to turn it in to a thriving settlement.

But rather than send out the villagers to gather wood or stone to build things, you have to take your adventurer out, killing things and steal their stuff, and then use the resulting treasure to build things. If it were board game it’d be Munchkin Carcassone. 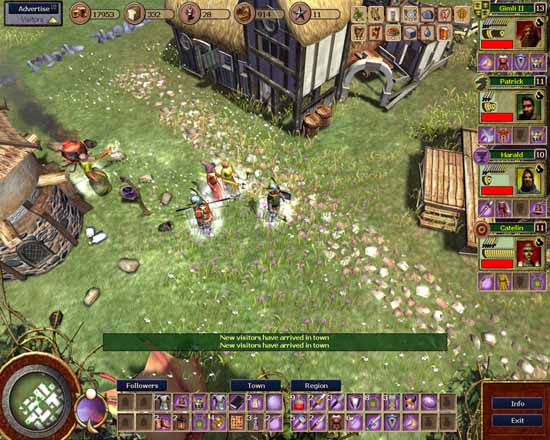