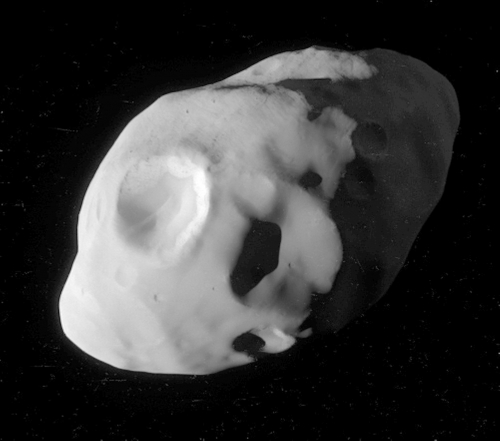 What an amazing photograph. 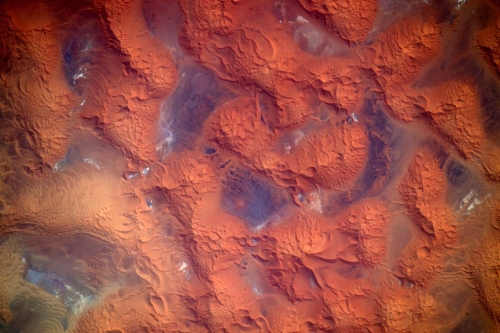 Fascinating picture of a coronal hole on the surface of the sun from October 2015. The coronal hole here is 50 times the size of the Earth!

The dark area across the top of the sun in this image is a coronal hole, a region on the sun where the magnetic field is open to interplanetary space, sending coronal material speeding out in what is called a high-speed solar wind stream. The high-speed solar wind originating from this coronal hole, imaged here on Oct. 10, 2015, by NASA’s Solar Dynamics Observatory, created a geomagnetic storm near Earth that resulted in several nights of auroras. This image was taken in wavelengths of 193 Angstroms, which is invisible to our eyes and is typically colorized in bronze. 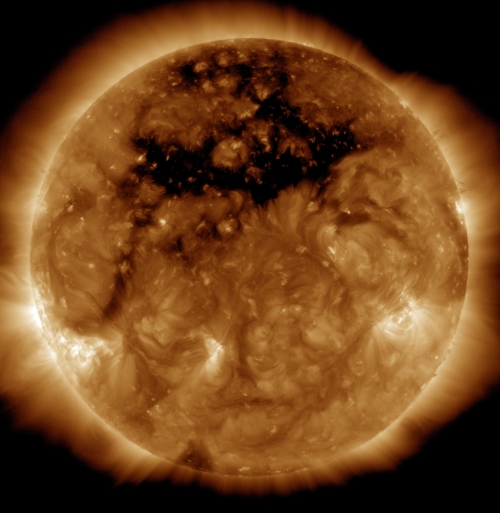 Beautiful visualization from NASA of the September 10 X.16 solar flare that produced a coronal mass ejection. 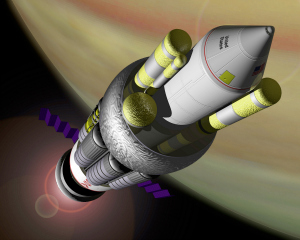 As a species, at some point we’re going to need to get off this rock and find another suitable place to live. The problem, of course, is that the vast distances involved in space travel that goddamn rule about not traveling faster than the speed of light really limit our options.

Project Orion was an effort in the 1950s to try to push those limits as far as possible. Proposed by physicist Stanislaw Ulam in 1946 and then led by Ted Taylor and Freeman Dyson, the goal of Project Orion was to create a space faring vehicle that could attain a significant fraction of the speed of light.

You can’t do this with chemical rockets, solar sails have obvious problems for long range exploration, and anti-matter engines are unforgiving of even the tinniest of mistakes. So what’s a potential spacefaring race to do? Nuke your way to the nearest star. Seriously.

Basically you have a cylindrical shape ship with a specially designed rear pusher plate (like in the NASA-produced artist’s depiction to the right) that is designed to transfer the energy from nearby nuclear explosions into momentum that accelerates the ship.

Then you just have to set off a series of nuclear explosions. Lots of nuclear explosions. As in setting off 300,000 one-megaton devices one after the other every 3 seconds for 36 days. Hypothetically, that would get the interstellar ship accelerated to a rate of 8 to 10 percent of the speed of light (half that if you want to include enough fuel to slow down once you arrive near where you’re going).

Ten-percent of the speed of light puts Alpha Centauri at a one-way trip of 44 years.

Dyson, Taylor and others worked on the project until 1964 and found solutions to a number of technical problems that would have to be overcome, such as how to deal with the inevitable failed nuclear detonation. They even did some tests using conventional explosions to propel a test launch vehicle.

The program came to an end with the signing of the Comprehensive-Nuclear Test-Ban Treaty which forbid the use of all nuclear testing/detonation that was not conducted underground. According to Wikipedia, the United States tried to insert an exception for nuclear-powered space flight but the Soviets weren’t having any of that.