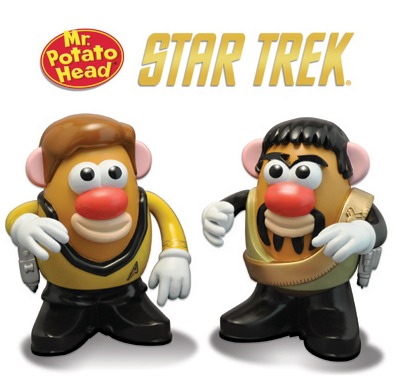 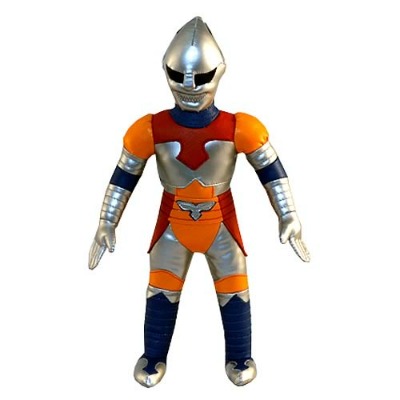 Emce Toys’ Make Your Own Zombie kit is a nice, but at $50-$60 for a single body and an assortment of heads, hands, etc., that’s a pretty expensive way to get into customizing action figures.

As an alternative, Classic TV Toys sells a variety of 8-inch Mego-style male and female bodies, heads and accessories that are reasonably priced. For example, you can grab a 5-pack of male bodies for $19. The site sells pretty much everything you’ll need to get started making your own custom figures.

This Universal Studios Mummy action figure was released awhile ago, but is being re-released later this year. And, really, you can never have enough Universal monster figures, can you? 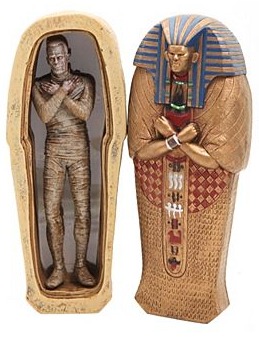 Interesting discussion here with Mattel in which the company offers this explanation for its relatively high prices compared to other toy companies (Mattel answer to question is in bold),

5.) As many fans have noticed, smaller companies such as NECA offer licensed action figures with extremely detailed & unique (i.e., no re-used) sculpting and equivalent or greater articulation than DC Universe Classics for the same price or, sometimes, even less. Many collectors don’t understand why this should be the case, as economies of scale would suggest the higher production numbers of DCUC figures, plus the tool re-use and generally less detailed sculpting, should make them cost less than the figures from these smaller companies. What’s the reason for the high retail cost of DCUC?

Higher safety standards? Okay, this is the same Mattel that had to recall millions of toys in 2007 due to high lead content and was subsequently fined $2.3 million by the Consumer Product Safety Commission for violating the Federal lead paint ban.

This is the same Mattel that turned around and successfully lobbied to be exempt from third party lead testing (essentially, the CPSC ruled that Mattel’s internal testing labs were good enough and sufficiently independent to earn the company an exemption).

I can understand a lot of reasons for Mattel’s “different price structures”, but I’m not buying high safety standards at all.

In 1980, toy manufacturer Remco decided what kids really wanted was an Incredible Hulk utility belt. If utility belts worked for the Caped Crusader, then certainly the Hulk would find one useful too! This is such an awesome awful idea, I’m surprised it didn’t show up in the Ang Lee film. 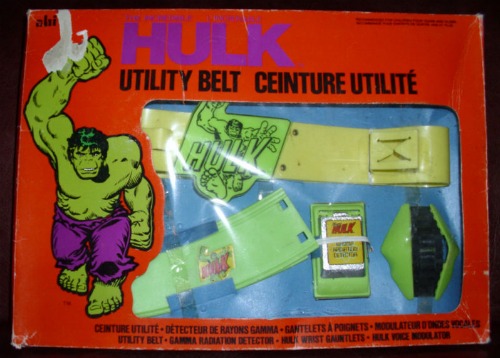