This was a British World War I recruiting poster issued in 1915.

A series of propaganda posters produced from 1942 to 1945. The “Down Winslow Says” one is especially interesting. Don Winslow of the Navy was an American comic strip that ran from 1934 to 1955. There was Universal serials based on the comic strip released starting in October 1941. 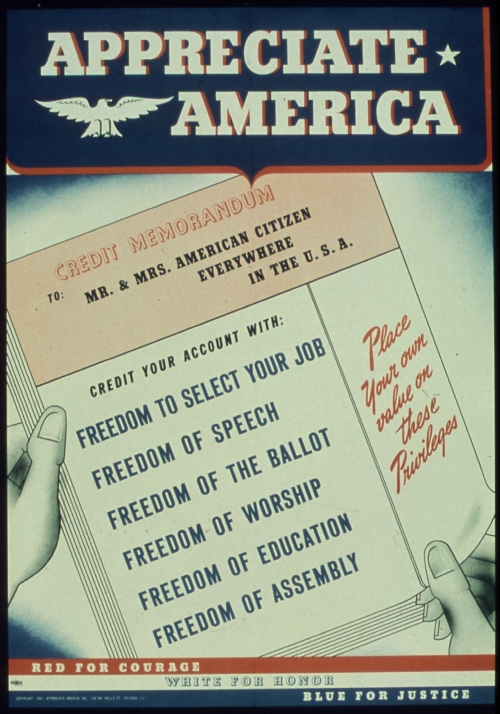 The U.S. Office of Facts and Figures created these posters in 1942. They were apparently designed to help soldiers heading abroad to be more familiar with the uniforms of Allied troops. 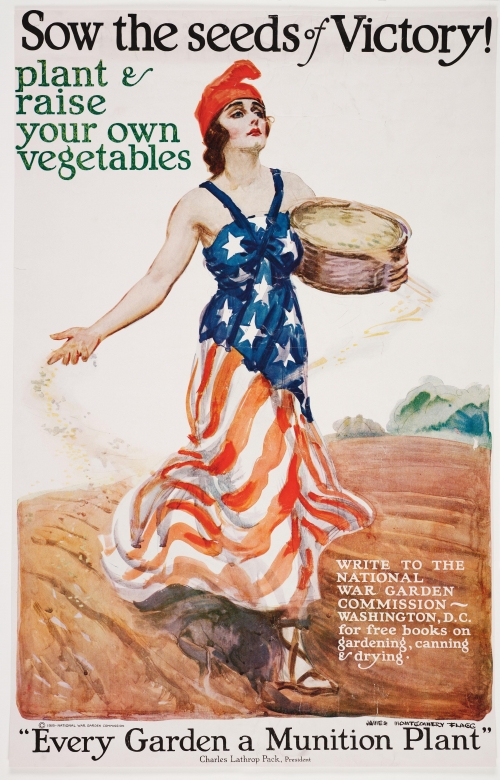 The war savings stamps introduced during World War II were released in five different denominations – 10 cents, 25 cents, 50 cents, one dollar, and five dollars, all featuring a Minuteman statue. These stamps were purchased at face value and earned no interest. Individuals accumulated their war savings stamps in various collection booklets provided with the purchase of a stamp. Filled collection booklets could later be used to purchase Series E war bonds. For example, a full 25-cent booklet contained 75 stamps and was worth $18.75, which was the initial price of a $25 war bond. Thus, a full 25-cent booklet would be exchanged for a $25 war bond with a time to maturity of ten years.