Characters like Mecha Mummy is why Japanese professional wrestling is the best. 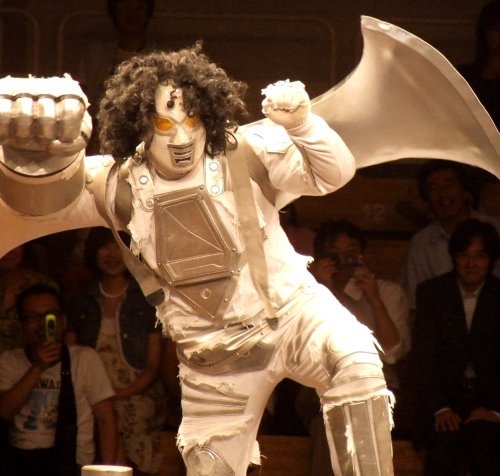 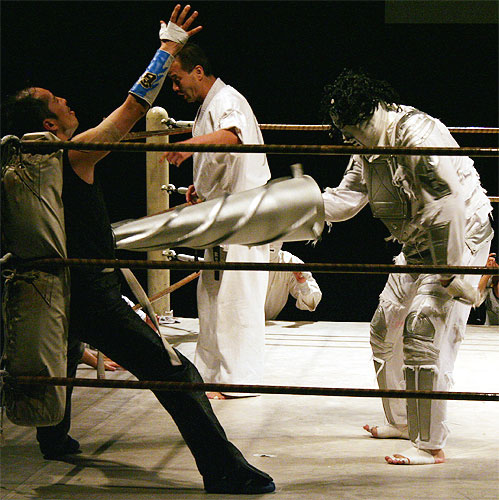 The Internet Wrestling Database is an online database that attempts to catalog professional wrestling matches.

It includes match data going back to the 1963, and includes indie and non-North American matches. It also includes the results of dark matches (non-televised matches that occurs prior to a televised match).

Currently the site has information on more than 100,000 professional wrestling matches and hundreds of wrestlers.

Highlight of this video for me is when Joey Ryan finally ends up in the gummy bears, and the crowd starts chanting “Holy shit! Holy shit!”

In the introduction to this 20 minute Chikara match, Bryce Remsburg says,

I think a lot of what we love about professional wrestling is when it doesn’t make sense. It doesn’t make sense to settle your gripes in these ways. And a lot of what happened in Easton, Pennsylvania on September 16, 2012 did not make sense. There was a gentleman dressed up like Colonel Sanders; and when I asked everyone why he dresses like Colonel Sanders, no one could give me an answer. He just does. Why was everyone singing the Canadian national anthem before the match? Who knows? Why was duck duck goose being played? Who knows? But when Colt Cabana is in a Chikara ring, you know good times and great memories will be had, and I have very great memories of this 8-man tag team Atomico International Flavor contests from Easton, Pennsylvania. One of the wackiest professional wrestling matches of all time.

Having watched this several times now . . . wow! As one of the YouTube commenters noted, this is taking professional wrestling into complete theater of the absurd territory, and it is awesome.

Lately I’ve been watching way too much professional wrestling. Occasionally I’ll watch WWE, but it tends to be extremely boring compared to what you’ll see on the indy scene. Stuff like this hilarious “No Loud Noises” match. As one of the YouTube commenters on the video puts it,

Found this on Twitter, but not sure who created these awesome Pentagon Jr. and Fenix amigurumis. 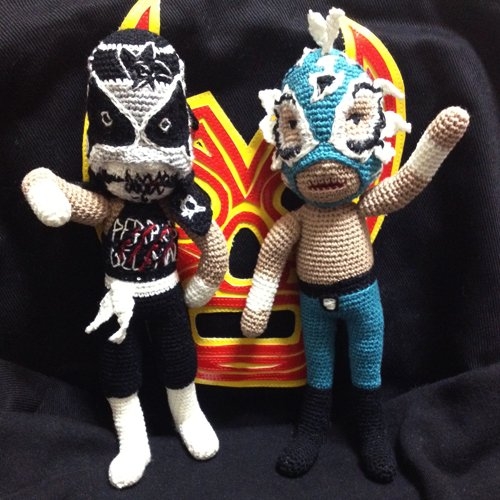