Ugh. Planet of the Apes Cosbabies from Hot Toys, 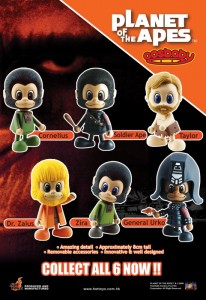 . . . present[s] every recorded event of the Planet of the Apes saga in its proper chronological context—from long before Caesar’s birth to far beyond Earth’s destruction. This book covers every film, television episode, cartoon, novel, comic, short story and audio-tale produced under the Planet of the Apes banner over the past four decades—including a number of rejected or unpublished tales unavailable to fans. No other reference book has covered the saga’s expanded universe so completely.

Along with a painstakingly detailed timeline spanning millennia, this volume features a gallery of more than 350 cover images, a recommended viewing/reading order, an examination of time travel in the Planet of the Apes mythos (both on screen and in print), and a title/creator index of published fiction—plus, insightful notes discussing preliminary and discarded story concepts, inconsistencies and discontinuities, unpublished lore and other fascinating trivia.

Even though it’s paper-only, my Planet of the Apes obssession might just compel me to purchase this.

Finkbuilt has an excellent series of posts describing the creation of this awesome-looking custom Planet of the Apes-style tunic. 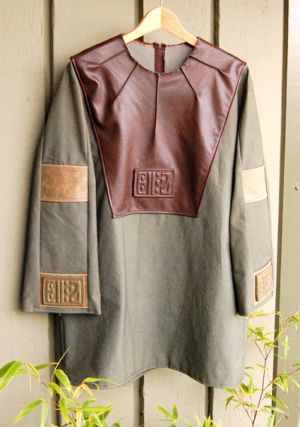 Sideshow Collectibles is planning to release this limited edition Planet of the Apes Dr. Zaius statue in the second quarter of 2009. Very nice looking, but out of my league at almost $300. 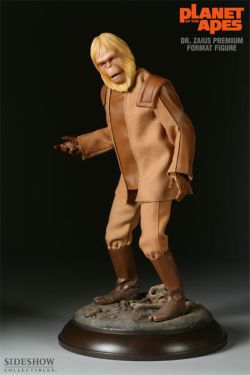 I previously mentioned Diamond Select’s line of Planet of the Apes Mego reproductions which kicks off in June with a Cornelius and Soldier Ape figures. Diamond Select recently announced that the next figures in the series will appear in August and feature Dr. Zaius and Zira, 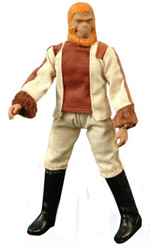 Diamond Select’s line of Mego Star Trek reproductions was apparently so successful that they’re launching a line of Planet of the Apes reproduction as well. Like the Star Trek line, these use the same sculpts as the original Mego line.

The first figures to be released are Cornelius and the generic Soldier Ape. These are $18.99 each and should be out in June 2008. 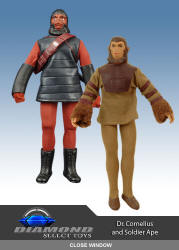