Lion Forge Comics (the folks behind the Punky Brewster comic) are turning wrestler
Chavo Guerrero into a superhero with their Warriors Creed comic,

A new breed of superhero is born as legendary pro wrestler Chavo Guerrero Jr. stars in his first comic book adventure! When Chavo retires from the ring he uncovers a dark family secret and superhuman powers he never knew he had. He’s going back for one more fight, but this time the stakes are amped! 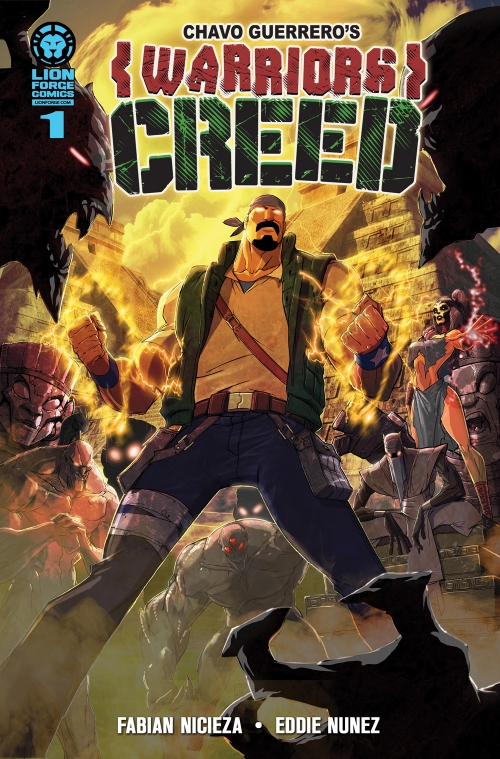