Like all the other DC Direct 1:6 scale female figure, the hair on this Zatanna figure is molded plastic which is a major annoyance. But if you can get past that, this isn’t a half-bad figure. And since nobody seems to collect Zatanna, this figure which has an MSRP of $99.99 and was released in November 2009 can already be found for about $60 online. 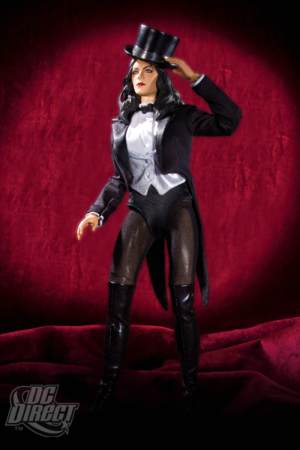